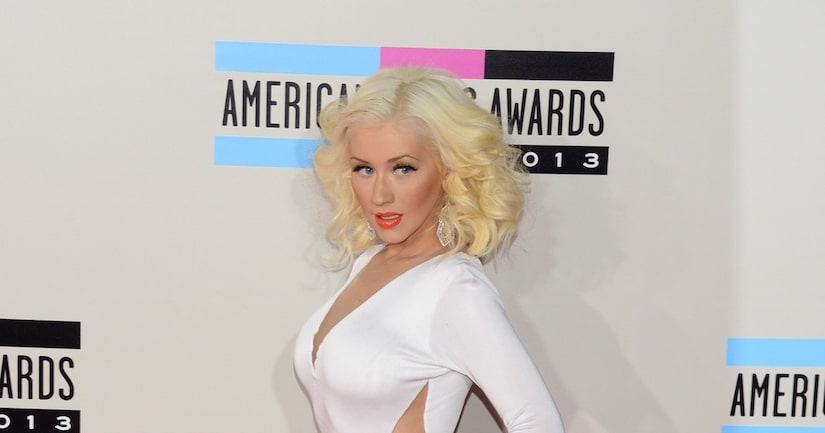 “Extra’s” Terri Seymour sat down with the coaches of “The Voice” – Adam Levine, CeeLo Green, Blake Shelton and Christina Aguilera – to talk about the upcoming season finale, while Xtina shared her secret for looking so good.

Aguilera explained, “Laughter, happiness, breathing, and I did some yoga.”

She also revealed how she gets rid of stress. “I have these paintball guns, and we're just blowing off steam. It's so much fun.” Levine loved the idea. “I need to get paintball guns in my house. That's the best idea I've ever heard in my life.”

Christina, who performed the duet "Say Something" with songwriting pair A Great Big World at the AMAs, gushed about the song and the group. “I'm just into and being motivated more than ever right now by just things that feel real and honest and genuine, and that's what this song and these guys are.”

“The Voice” coaches then commented on how this season is going. CeeLo admitted he is feeling the pressure. “I'm concerned because I only have one left. I only have one, my Caroline.”

Aguilera added, “I’m actually not nervous at all... I have so much belief in my team, and they just continue to just go out there and do a good job.”

With three contestants left on his team, Levine feels safe. “I love my team and I think they're going to stick around. I hope they do.”

Shelton also feels confident. “I feel like they're pretty strong. The thing I worry about more than anything is just a backlash against me.” Adam chimed in, “I don't care what people say bro, I still love you.” Blake replied, “I love you, too.”

Check out what happens when we surprise the “Sexiest Man Alive” with cupcakes that have his face on them!