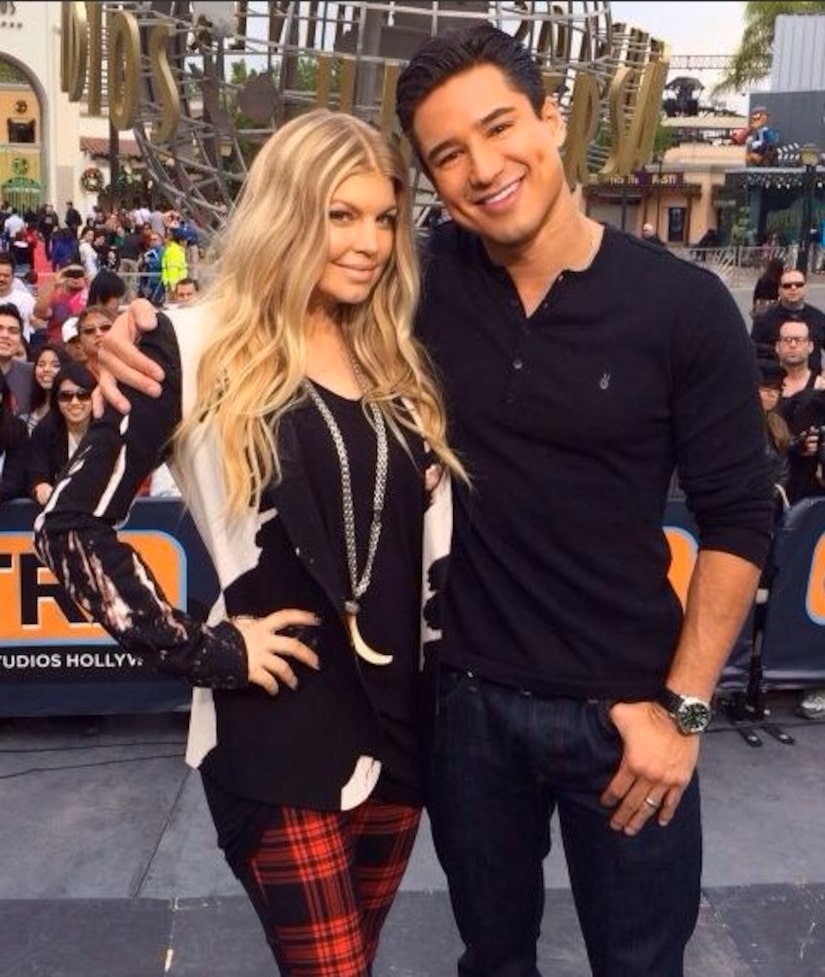 Singer Fergie joined “Extra’s” Mario Lopez at Universal Studios Hollywood, where the new mom gushed about 3-month-old son Axl and explained how she looks so fabulous after giving birth.

The Black Eyes Peas singer told her good friend Mario, “Trainers, mixed with belly dancing and yoga, which was quite funny when I was pregnant.”

She added, “You do a lot of the normal yoga stuff, stretching and then we put on the waist band with the jewels on it and do a little belly dancing… I’m trying to have a really healthy relationship in the way I look at working out. I have to balance everything being a mom.”

Fergie said her baby son is an “amazing little man. He just looks at me, and it’s my world.”

She also revealed she and husband Josh Duhamel soothe baby Axl by singing to him. “We make up songs. We’re kind of like that couple in ‘Best in Show,’ the cornier the better.”

Even though Fergie is in full mommy mode, she is still working on music. “I’m just kind of in my cave now, writing, watching what is going on, looking, listening.”

As for being a judge or mentor in a TV singing competition show, Fergie said, “I would have to make the time because I dive into things, and I dive in whole heartedly. I have to give that time.”

The “I Gotta Feeling” singer is currently concentrating her efforts on Project Sunlight. She explained, “It's Universal Children’s Day today and we're helping two million children, to give them safe water, school meals, hygiene education through UNICEF and just really doing good and kicking this campaign off.”

For more information, go to ProjectSunlight.us!