Country superstar Carrie Underwood graces the December cover of Redbook magazine, talking about how she stays in such great shape and how she trusts husband Mike Fisher.

Underwood explained that she keeps a food journal. "You know how you feel when you get full? Well, I don't get full. I can eat a lot. Mike and I were in Italy for 10 days and I put on eight pounds. So in real life, I have to make sure I'm not eating just to eat."

The 30-year-old singer said she realized she needed to lose some weight while on the “American Idol” tour. "It was on the Idol tour [after I won]. I put on a lot of weight [during the show] because I was locked in a room all day with a craft service table. I was bored, so I was just eating. I was never overweight, but I feel better with myself now."

As for her marriage to pro hockey player Fisher, the usually very private Carrie did admit the one key element to making their relationship as strong as it is.

"If he goes to a bar with his friends, a tabloid is going to report about it. Same goes for me. Trust is what it is. Either you trust someone or you don't. And I've never trusted anyone more than I trust Mike." 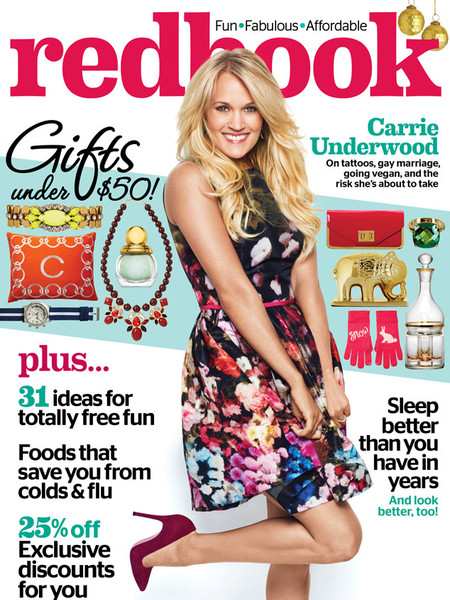