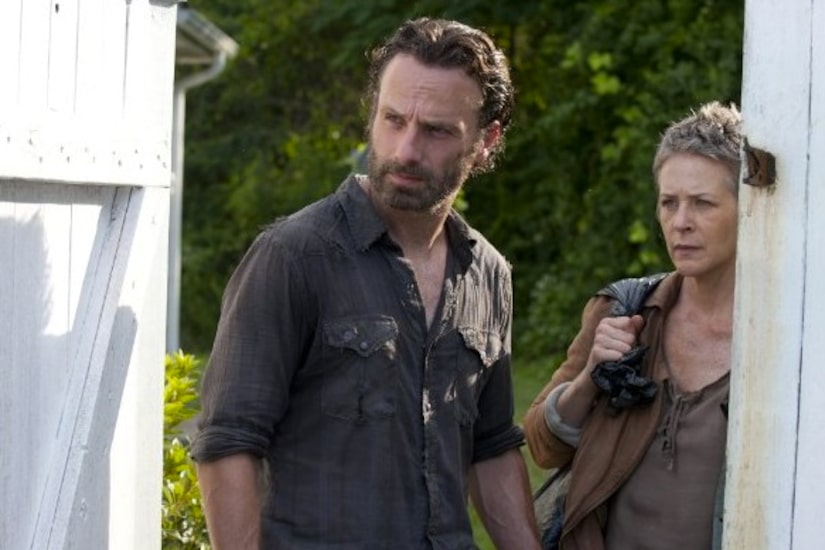 Sunday's episode of “The Walking Dead” was another doozy.

The biggest shocker was Rick banishing Carol from the group for torching Karen and David. Things are going to get tricky at the prison now, and her departure leaves some burning questions.

How did Rick come to this decision? While out on a run for food and whatever medicine they can find, Carol explains why she did what she did, telling Rick it was necessary, that they were a “threat.” She said, "You don't have to like what I did. I don't, but you have to accept it." Except Rick doesn't accept it, not at all. He tells Carol she can't come back with him because she can no longer be trusted.

Will this mess Rick up? Definitely. Driving back to the prison, alone, he looks a little shaky.

Where will Carol go? The once-victimized housewife drives off in a car, but most likely we'll see her again. Maybe she'll run into the Governor… and they'll both return.

How is Daryl going to handle the banishment? Probably not well. He is already pissed at Bob, who turns out to be an alcoholic. As Daryl, Michonne, Tyreese and Bob make it to the veterinarian school, they collect as much antibiotics as they can carry. Bob, however, just grabs booze, and when Daryl discovers it, he nearly throws Bob into a swarm of walkers. Yeah, he is not going to be happy about Carol's exile one tiny bit.

Is Michonne flirting with Daryl? Michonne and Daryl have a nice moment together, and she decides Daryl is right about the futility of finding the Governor. She's going to stop looking. Maybe with Carol gone, Michonne has a chance with Daryl… that is, if he doesn't go AWOL himself.

Also, there's a new name for the zombies: Skineaters. Rick and Carol find two survivors while on their run, and they call the walkers skineaters. It might stick. After asking them his three main questions, Rick allows them in, and is willing to take them back to the prison, but unfortunately, the skineaters get to them before they can leave. Oh well.