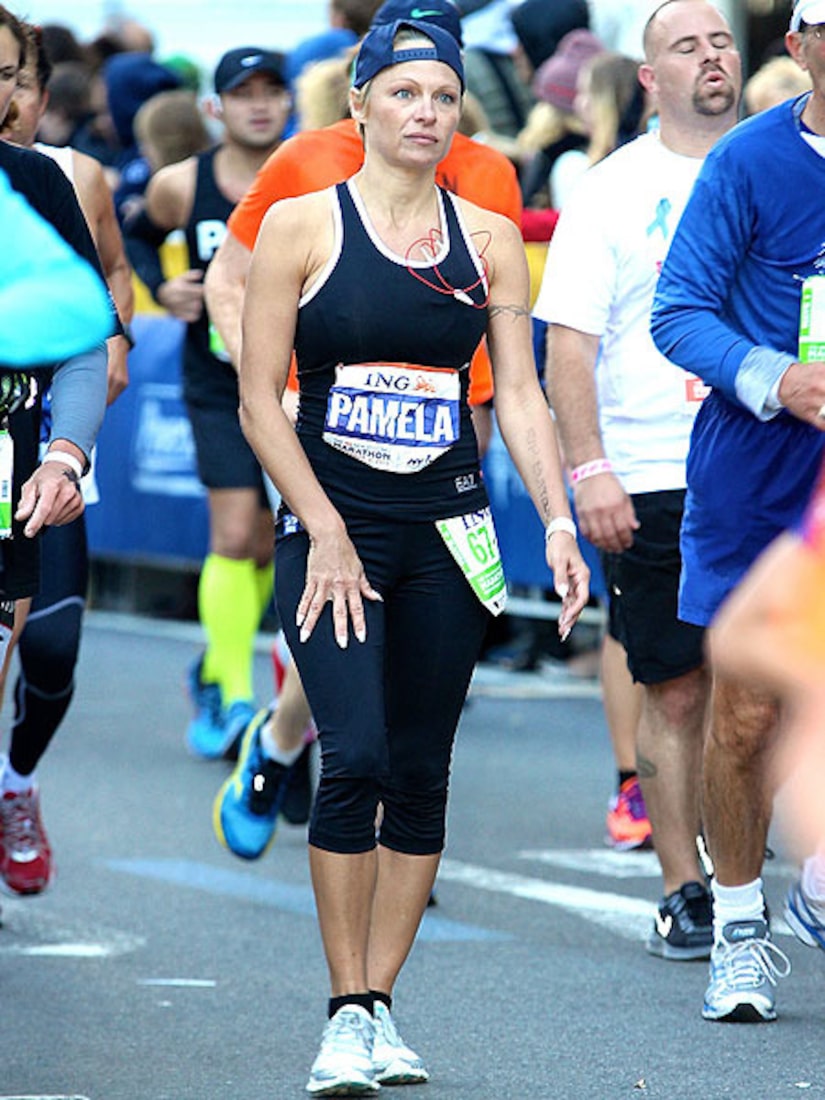 Even if it was a bit grueling, actress/activist Pamela Anderson ran the ING New York Marathon on Sunday, completing the 26.2-mile race in a respectable 5 hours, 41 minutes.

The former “Baywatch” star, 46, was spotted clutching her leg during the race and was definitely a little worse for the wear at the finish line. She tweeted a pic of herself in bed with a bag of ice on her right knee, and another near her lower abs. The caption read, “Ouch.”

Anderson also shared a snapshot with her brother and fellow runner, Gerry. "So proud of my brother Gerry. Thanks G. For running next to me today- love you lots.”

So proud of my brother Gerry. Thank G. For running next to me today- love you lots pic.twitter.com/RtwNZfCMli

Anderson announced her plans to run the five borough marathon in September to raise funds for the J/P Haitian Relief Organization, which helps the impoverished Caribbean nation devastated by the 2010 earthquake.

Pamela wrote, "An amazing finish for #teamjphro at #ingnycmarathon. Keep supporting our work in Haiti.”