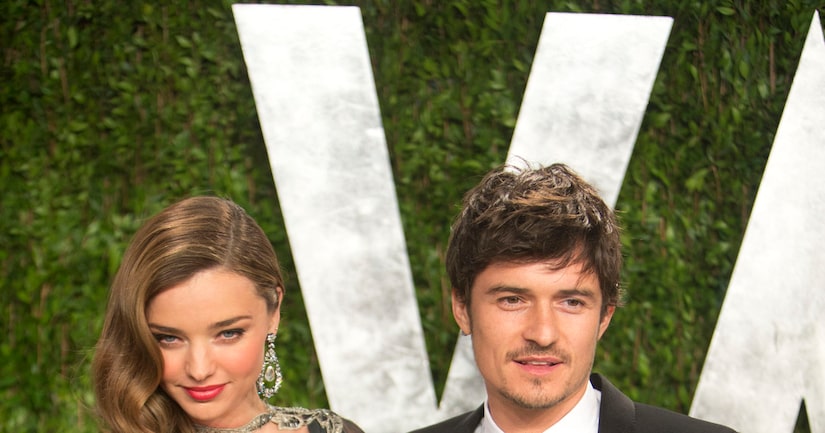 Actor Orlando Bloom and wife Miranda Kerr are presenting an amicable front after announcing their split last week, but new rumors say Bloom may have seen green when it came to the supermodel's friendship with Justin Bieber.

On Saturday, the 30-year-old Victoria's Secret model and the “Lord of the Rings” star were spotted cozily strolling around Central Park with their 2-year-old son, Flynn.

hile no official reason has been given for the separation, Sunday People reports that the Kerr's friendship with Bieber may be one of the many reasons Bloom wanted to call it quits.

The Australian beauty reportedly spent hours cuddling and flirting with the Canadian singer, 19, at a showbiz party in New York in 2012.

A source told the Sunday newspaper, “Orlando heard that there had been some ­flirting ­going on and he wasn't exactly thrilled about it. Miranda had always claimed that she was a fan of Justin's music. She has taught her son how to say 'Bieber fever,' but it is supposed to have caused an issue.”

The couple's rep said of the official separation, "They have been amicably separated for the past few months. After six years together, they have recently decided to formalize their separation. Despite this being the end of their marriage, they love, support and respect each other as both parents of their son and as family.”