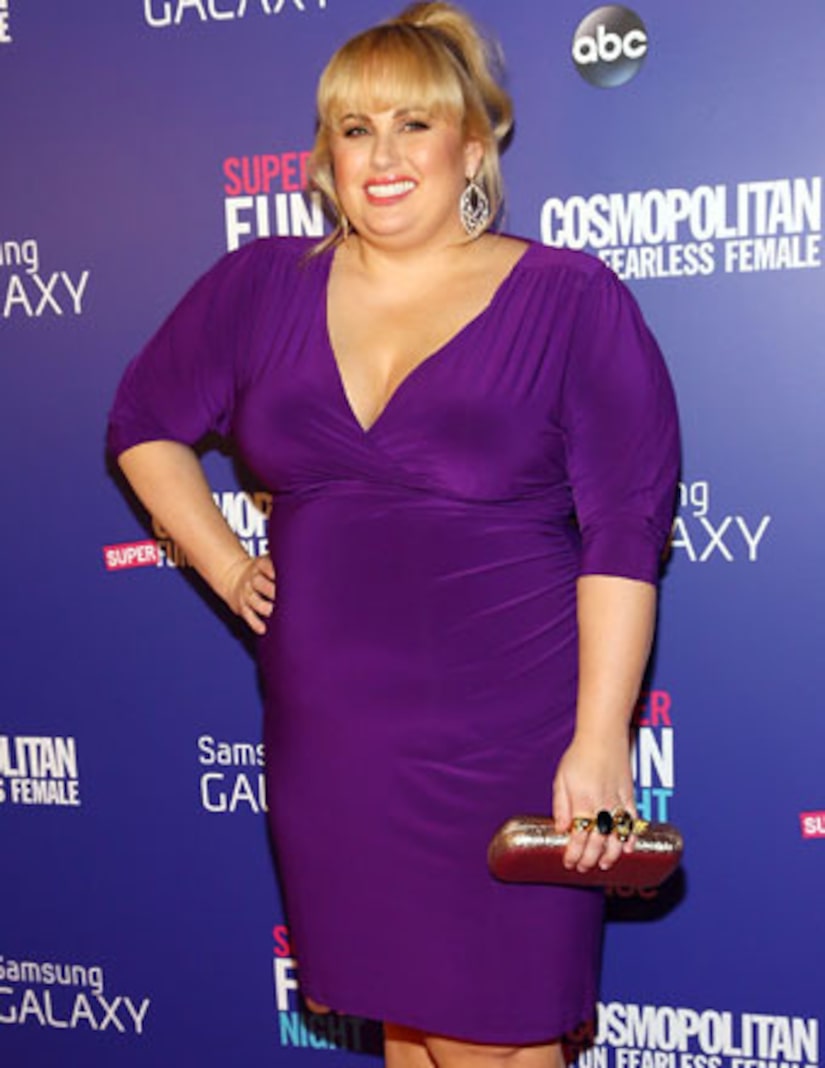 Is Rebel Wilson ready to rake in millions with a Jenny Craig weight loss campaign? Not exactly.

Despite RadarOnline.com rumors that the comedian was set to sign a mega-contract with the company — similar to Jessica Simpson's deal with Weight Watchers — the actress says it isn't true.

"Extra's" Renee Bargh caught up with Rebel on the set of her new ABC comedy "Super Fun Night," where Wilson cleared things up. “What’s interesting is when you sign deals to be in TV shows or movies, you can’t really change your appearance," she said. "So if I wanted to do a Britney or shave my head, I couldn’t really do that.”

Rebel assured her involvement in a weight-loss campaign is a rumor. “Nobody’s come to me directly,” adding that another program she was involved with in Australia, “Didn’t quite work out.”

When it comes to body image, Wilson explained, “I don’t really care what I look like that much, and I think women out there should just be happy with the way they look. They shouldn’t really try to conform to any kind of stereotype. Just be happy and hopefully healthy.”

The pressures of Hollywood don’t get to her. She continued, “You see other actresses who are like ‘Oh, I can’t really eat much lunch today because I’ve got that scene in my underwear’…  I’m a little bit chill. But you know, what you do need is stamina. I don’t ever want to be too unhealthy because writing in a show, starring and producing, you need a lot of energy.”

Rebel even admitted she’s a little like her “Super Fun” character Kimmie Boubier. “When they tested the show early on, they were like, 'I don’t think Rebel could be a lawyer,' and I go, 'But I am!' I really have two degrees from university, an arts degree and a law degree … If I never went in to international stardom, perhaps I would have become a lawyer.”

As far as guest-stars go, “Super Fun Night” has already had Brooke Shields, Molly Shannon, Bob Saget and Jacki Weaver, but that hasn’t stopped Rebel from dreaming of one more… Channing Tatum! Rebel envisions him as a “potential love interest.”

You can catch “Super Fun Night” Wednesday nights on ABC at 9:30 PM.