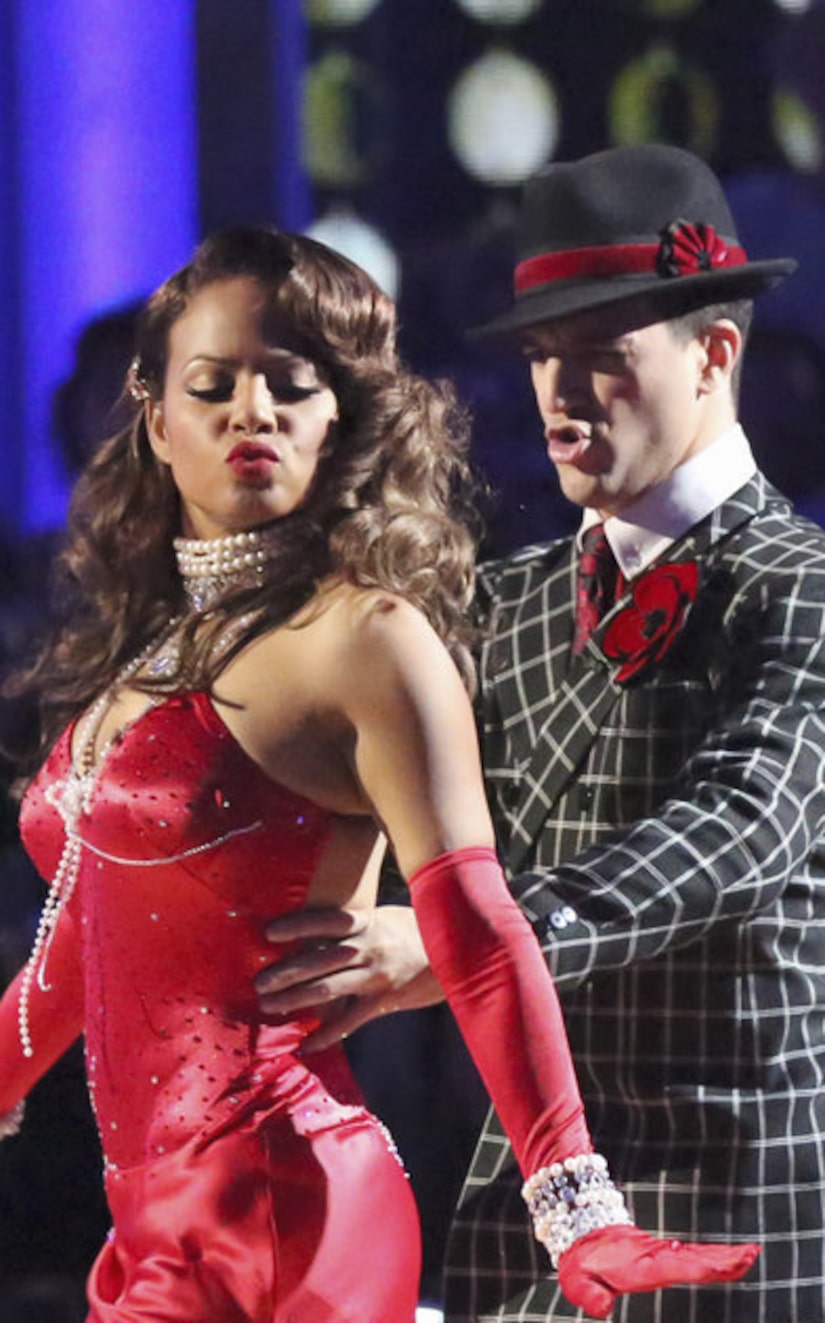 In a surprising elimination, “Dancing with the Stars” said goodbye to contestant Christina Milian and pro partner Mark Ballas.

This week, the nine remaining celebs commemorated "The Most Memorable Year of Their Life." For Milian, that was 2010 when she found out her child's father, The Dream, was cheating on her with his assistant. "To see it not work out was like the biggest pain." She and Ballas danced a cha cha to Cee Lo Green's song “Forget You,” to let women know they can "move on and be strong."

Although the judges loved the performance, giving them a score of 28, Milian was still sent home. There were scattered boos in response to the news.

"Shock in the ballroom," noted host Brooke Burke-Charvet. "True shock," replied a clearly disappointed Christina. "Wasn't expecting that. We had obviously the best performance that we've had thus far. I wouldn't want to leave on any other note but this way."

Ballas added, "We went out with a bang."

Christina concluded, "It's been amazing. If you take a great challenge and risk, you become a better person."

“DWTS” returns next Monday on ABC!