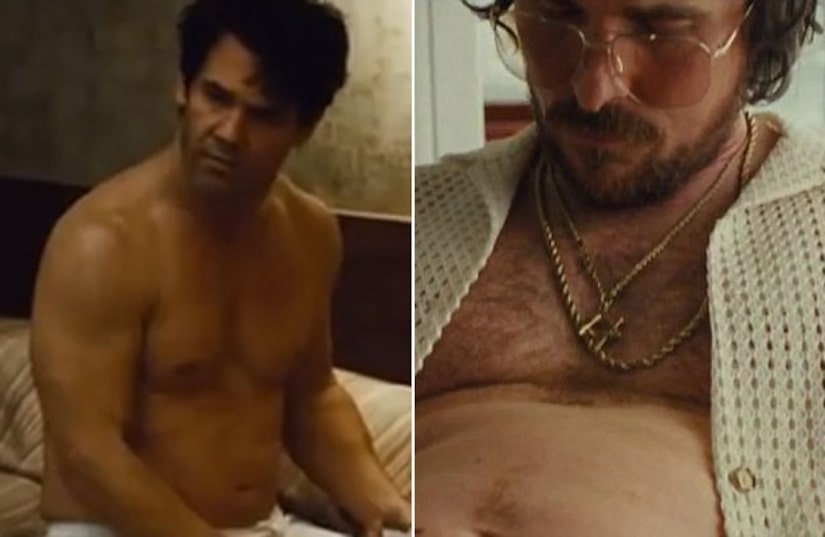 They’re two of Hollywood’s hottest actors, but for their latest roles, Josh Brolin and Christian Bale really packed on the pounds.

Brolin told “Extra’s” Terri Seymour that the extreme transformation for “Oldboy” was painful.

“The idea of it was great, and then doing it was really painful because we gained 28 pounds in 10 days, because of salt… and then we had to lose 22 pounds in two and a half days.”

It “literally hurt” to be that bloated, he confessed.

Brolin added, “We were figuring out ways to just hold the water as much as possible, so I was just like one big roly-poly bloat.”

Christian Bale is no stranger to losing weight for roles like “The Fighter” and “The Mechanic,” and then packing on muscle for movies like “Batman” and “American Psycho.”

This time Christian rounded out his figure big-time for “American Hustle,” showing off a giant paunch in the new trailer. Watch!

The actors may want to be careful, after Tom Hanks -- who gained 30 pounds for “A League of Their Own” and lost 50 for “Castaway” -- recently revealed that he has Type 2 Diabetes.