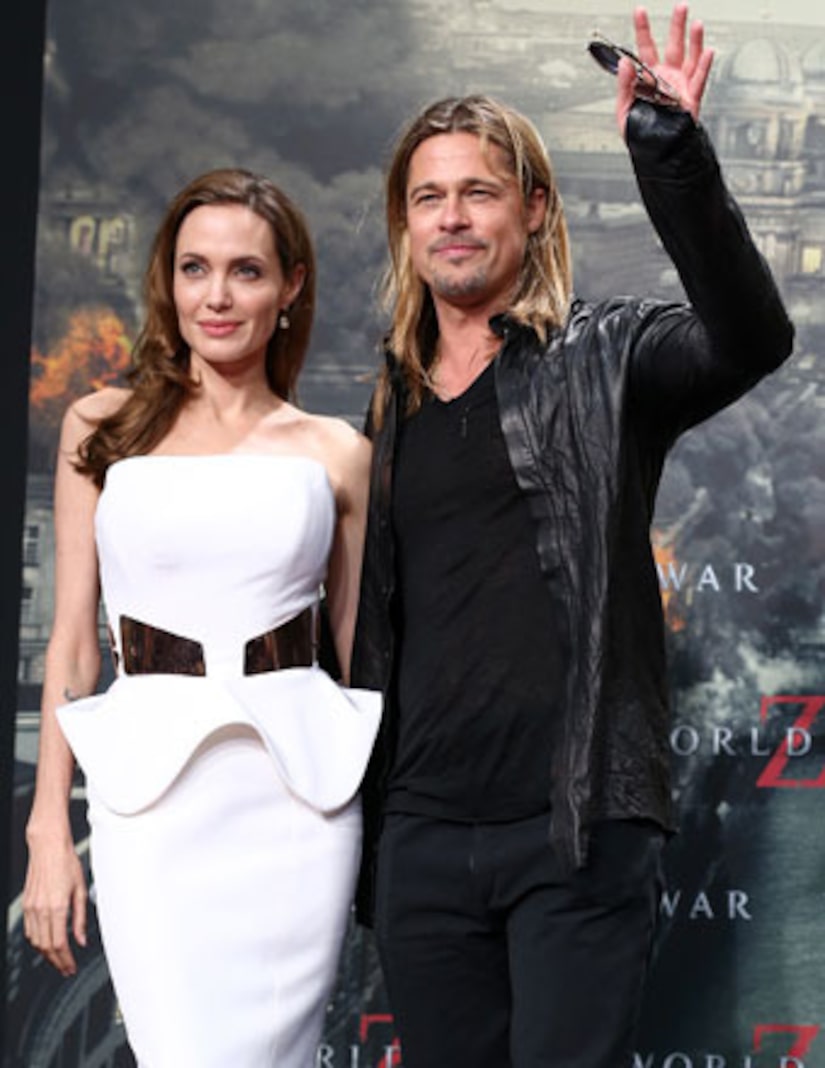 Jolie stepped out for the first time wearing the new jewelry while shopping at Bondi Beach in Australia on Sunday. See the pic!

The couple had tongues wagging last week when they spent nearly $300,000 on jewelry in Hong Kong. Could the new ring be one of the purchases?

The rumor mill also went into overdrive during Christmas 2012 and New Year's 2013 with news that the pair may have married in a secret Turks and Caicos wedding ceremony.

The twosome picked up a marriage license in February.