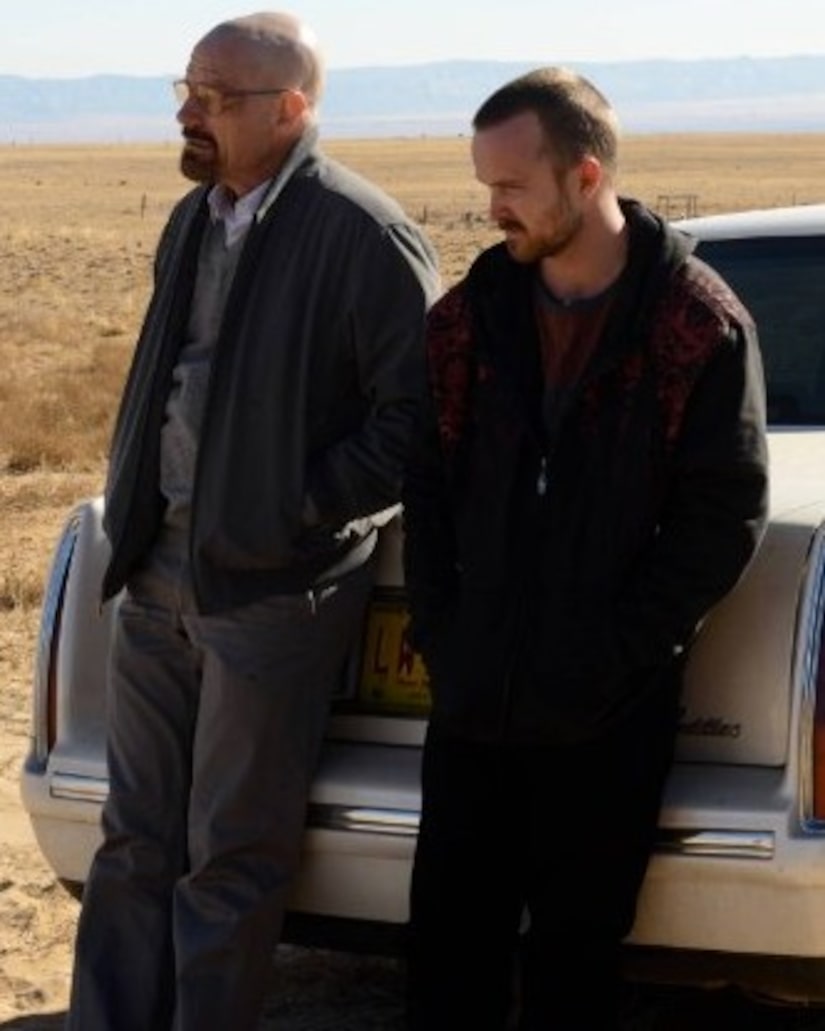 The perfect ending to a perfect series. "Breaking Bad" creator Vince Gilligan was able to tie up everything in the final episode of the series. Every burning question was answered in a most glorious way.

Mike said it best, "Trust me, this woman deserves to die as much as any man I've ever met." Lydia was the recipient of Walt's ricin.

Walt was able to reunite with Skyler one last time, and finally admitted he did it all for himself; not for family or money, but for himself.

He found a way of getting the drug money to his family through his old colleagues at Gray Matter, in one of the tensest scenes of the entire series. This also provided great return cameos of Badger and Skinny Pete!

In a blaze of glory, Walt takes out Jack's gang, but mortally wounds himself in the process. What made it so gratifying was that Walt killed Jack the same way Jack killed Hank, right in mid-sentence. The only difference was, Hank didn't beg for his life.

Walt saved Jesse and Jesse didn't kill Walt! We finally see Jesse in the driver's seat, racing away, laughing with a new lease on life.

Dying from his own gunshot wound, Walt spends his last moments in the lab that brought him thrill and wealth; not the Nobel Prize-winning lab of his youth, but a meth lab.

What a fitting end to Heisenberg's legacy.

Hollywood was all a-Twitter after the series ended... here are some reactions:

Emmy Rossum: "Don't my bosses know that a 5am call time the morning after the Breaking Bad finale isn't nice? I need to stay up & cope/process/grieve."

Rosie O'Donnell: "u know when u see a great movie and the crowd claps - or on b way when u stand up - i wish the #BreakingBad cast n crew could feel that now."

Conan O'Brien: "Anyone else thought of chaining Vince Gilligan in a barn to make him come up with another show?"

As for what's next with the actors, Bryan Cranston is rumored to be playing Lex Luther in the next "Man of Steel" movie, while Aaron Paul is starring in the upcoming action flick "Need for Speed." Actor Dean Norris (Hank Schrader) stars in the summer hit "Under the Dome," which has been renewed for a second season, and Betsy Brandt (Marie Schrader) plays Michael J. Fox's wife in "The Michael J. Fox Show."