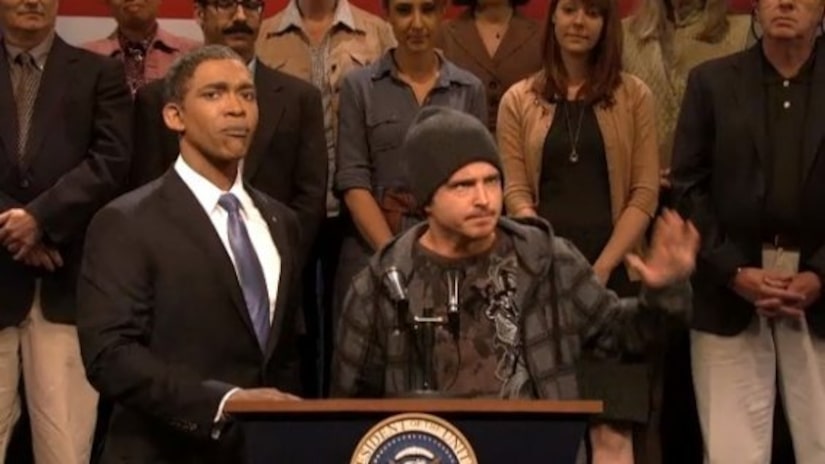 The “Saturday Night Live” premiere was supposed to be host Tina Fey's night, but “Breaking Bad” star Aaron Paul ended up stealing the spotlight in the opening skit.

“SNL's” cold open kicked off with President Obama (Jay Pharoah) holding a press conference for Obamacare. Teasing the “Bad” series finale on Sunday, Paul appeared in character at the conference as “Jesse from New Mexico.”

Referring to Walter White (Bryan Cranston), Jesse told the crowd, “I had this friend and he got sick. Like, cancer sick. But because there wasn't Obamcare, he couldn't afford treatments. So he was like, backed into a corner.”

Obama added, "And keep in mind – this man was a teacher with a family.“

Jesse continued, “So, he did what any of us would have done. He started cooking meth. And soon it wasn't just meth. It was murder. And not regular murder. Like—he blew half a guy's face off.”

Horrified, Obama says, “I think we can wrap this up.”