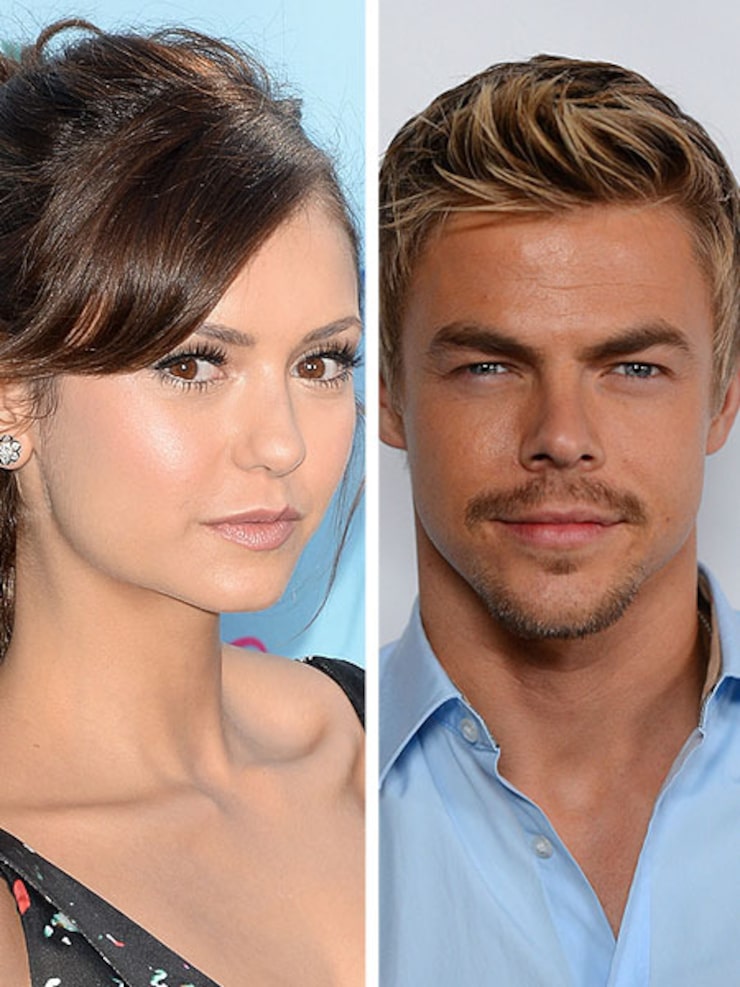 A source told UsWeekly.com that Dobrev, who split with longtime boyfriend and fellow “Diaries” co-star Ian Somerhalder in May, has been “hanging a lot with Derek's sister Julianne. Then she fell for Derek."

In a post to her WhoSay account on Monday, Nina posted a shot of the 28-year-old Derek, holding his Emmy for Best Choreography, and wrote a sweet message to him. "Those of us touched by your light got to watch you brighten up the rest of the world. Keep shining!"

The source said Hough is equally enamored. "Derek is smitten with Nina," the insider said. "He said he hasn't felt this way for a girl in a long time… everyone approves!"

In fact, Derek was spied ordering a pair of shoes for Nina at the Kari Feinstein Emmys Style Lounge on Thursday. An eyewitness told Us, the dancer specifically requested shoes "for his girlfriend" and then "texted Nina for her size.”

Hough has been previously linked to Cheryl Cole, Shannon Elizabeth, and Lauren Conrad.