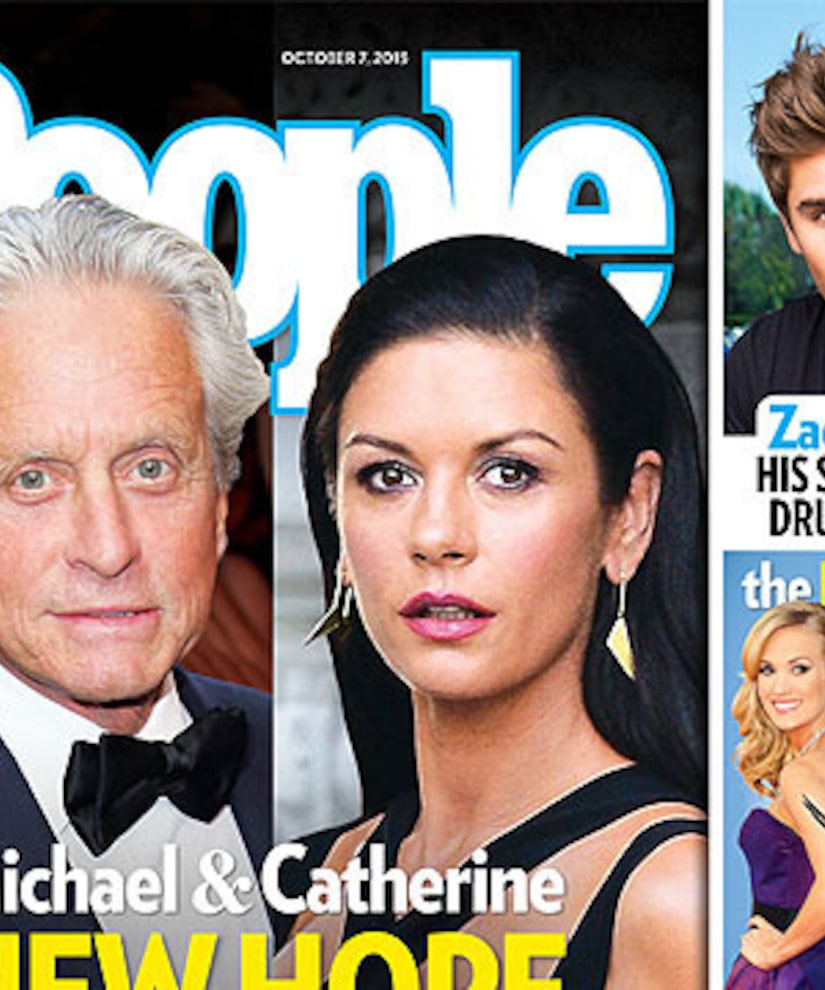 Actors Catherine Zeta-Jones and Michael Douglas are working hard on saving their 13-year marriage, even though they're spending their shared September 25th birthday apart.

Michael Douglas and Catherine Zeta-Jones Reunite on the Red Carpet

The Oscar-winning couple recently announced their separation, but a source told People.com, "They're not giving up.”

They haven't spent much time together as of late. Zeta-Jones, 44, was in China at a promotional event over the weekend, while Douglas, 69, won an Emmy for his performance in the HBO Liberace biopic “Behind the Candelabra” on Sunday.

Douglas opened up to “Extra's” Jerry Penacoli on the Emmys red carpet about the separation. “Catherine and I are fine… The press tries to push it along a little faster. We're taking a little break. We talk. I think everything will be great.” Michael added he "certainly" thinks they will reconcile.

As for their shared September 25 birthday, this year they will also be apart. Catherine is in Bedford, NY with their children; Dylan, 13, and Carys, 10. Douglas is in New Mexico shooting his upcoming thriller, “The Reach.”

The source, however, said they are still speaking multiple times each day. For much more on Michael and Catherine's marriage struggle, pick up this week's People magazine, on newsstands Friday.