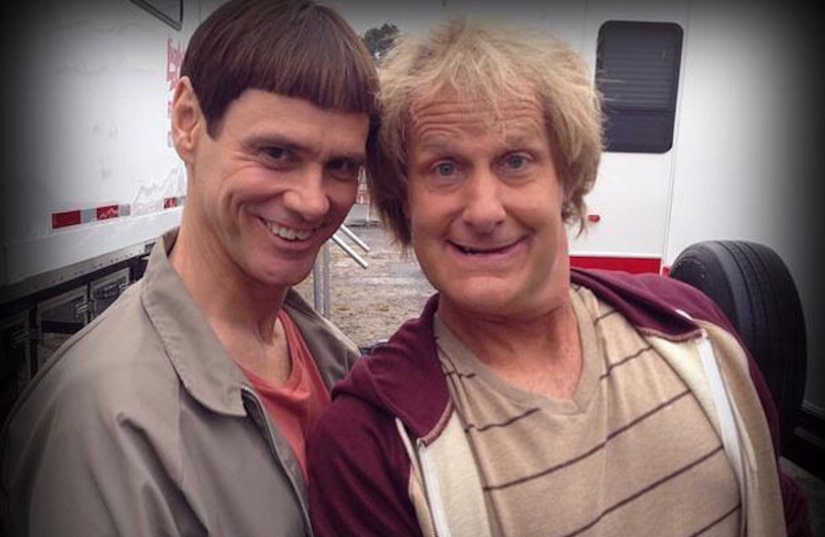 Stars Jim Carrey and Jeff Daniels are dumbing it down again for, duh, “Dumb and Dumber To.” Check out pics of the duo on set!

Daniels, who picked up an Emmy on Sunday for Best Lead Actor in a Drama (in HBO's "The Newsroom"), tweeted a photo of the pair in full costume with the caption, “We're Back #DumbTo.” Carrey posted an image on Who Say of the friends reading Jim's children's book, “How Roland Rolls,” upside down.

It's been nearly 20 years since Lloyd, Harry and the “shaggin' wagon,” but Universal Pictures is giving it a go. 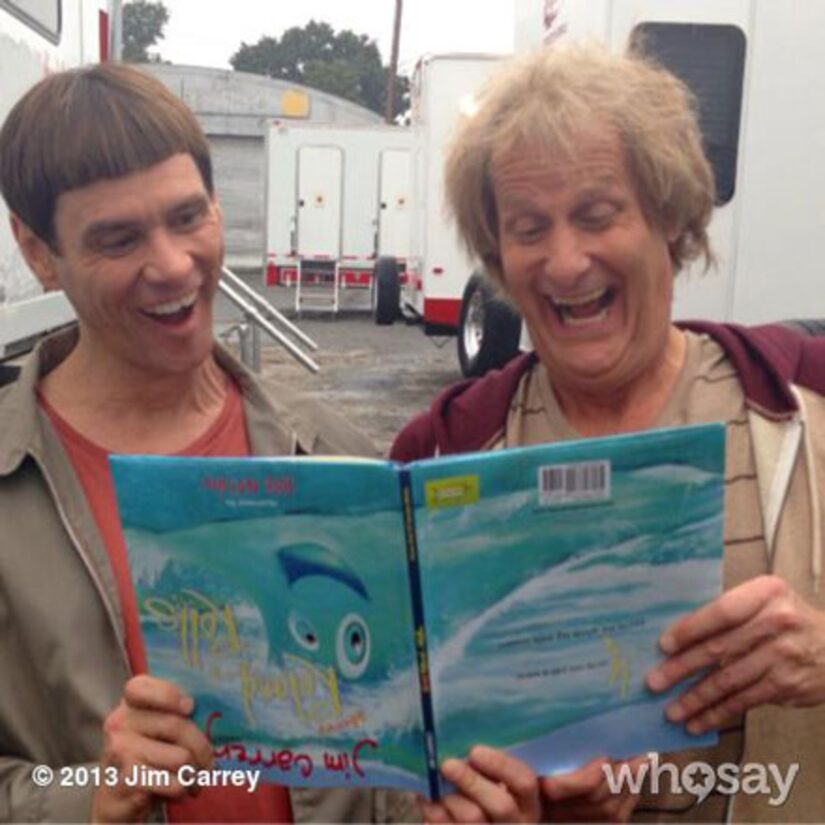 The sequel, which takes place 20 years after the first, will follow the dimwitted misfits as they try to find one of their long lost children in hopes of getting a new kidney.

Daniels told CBS News that the script is “painfully funny,” adding, “We're middle-aged and still that stupid. Our IQ has not gone up one point combined… so it's a frightening thing. You're gonna see the two of us standing there trying to put thoughts together and you want to put underneath, 'Kids don't do this at home.' It's that stupid.”