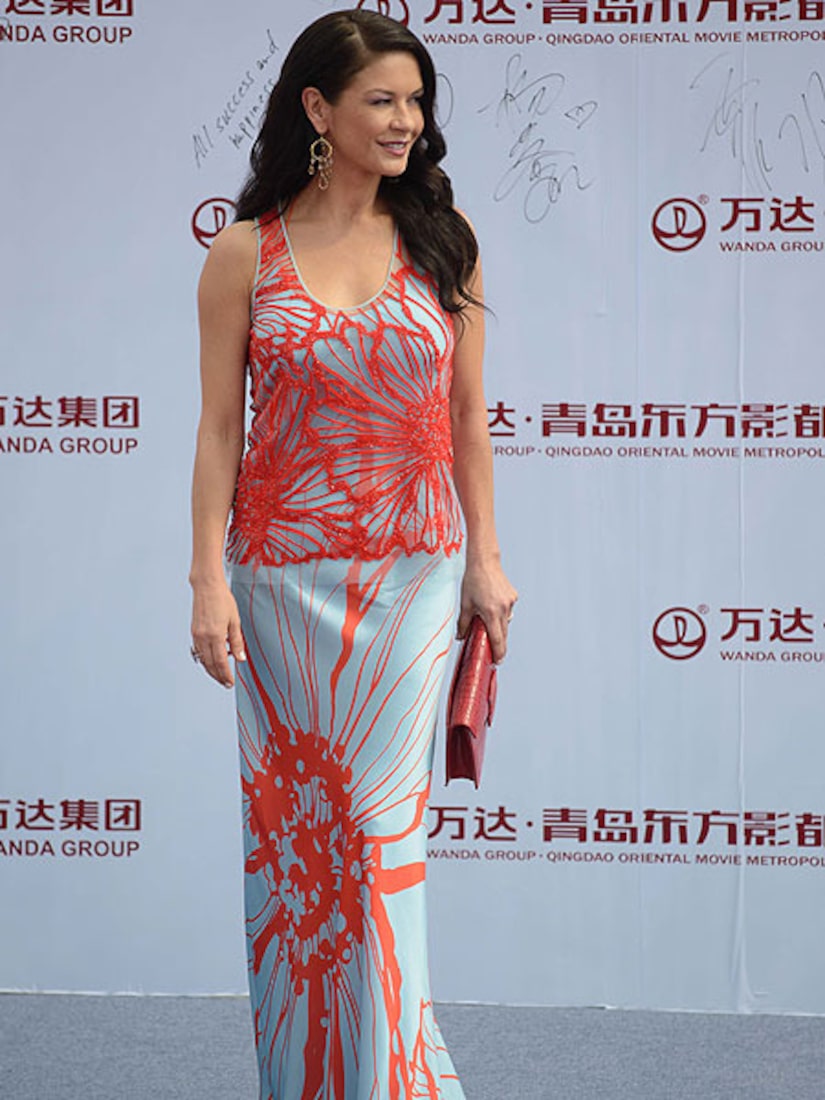 In her first public appearance since separating from husband Michael Douglas, actress Catherine Zeta-Jones looked glamorous at a star-studded event in China's Shandong province on Saturday.

Zeta-Jones was there to announce the launch of a new $5-billion film studio there, as well as plans by AMC Entertainment to host an annual Chinese film festival.

Meanwhile, Douglas was on the other side of the globe on Sunday, at the 2013 Emmys celebrating his win for Best Actor in a Miniseries or Movie. In his acceptance speech, Douglas thanked his wife and told "Extra" he believes there will be a reconciliation.

The couple, who have not filed for divorce or moved toward a legal separation, traditionally celebrated their joint Sept. 25 birthdays (she is turning 44; he'll be 69) together with family and friends.