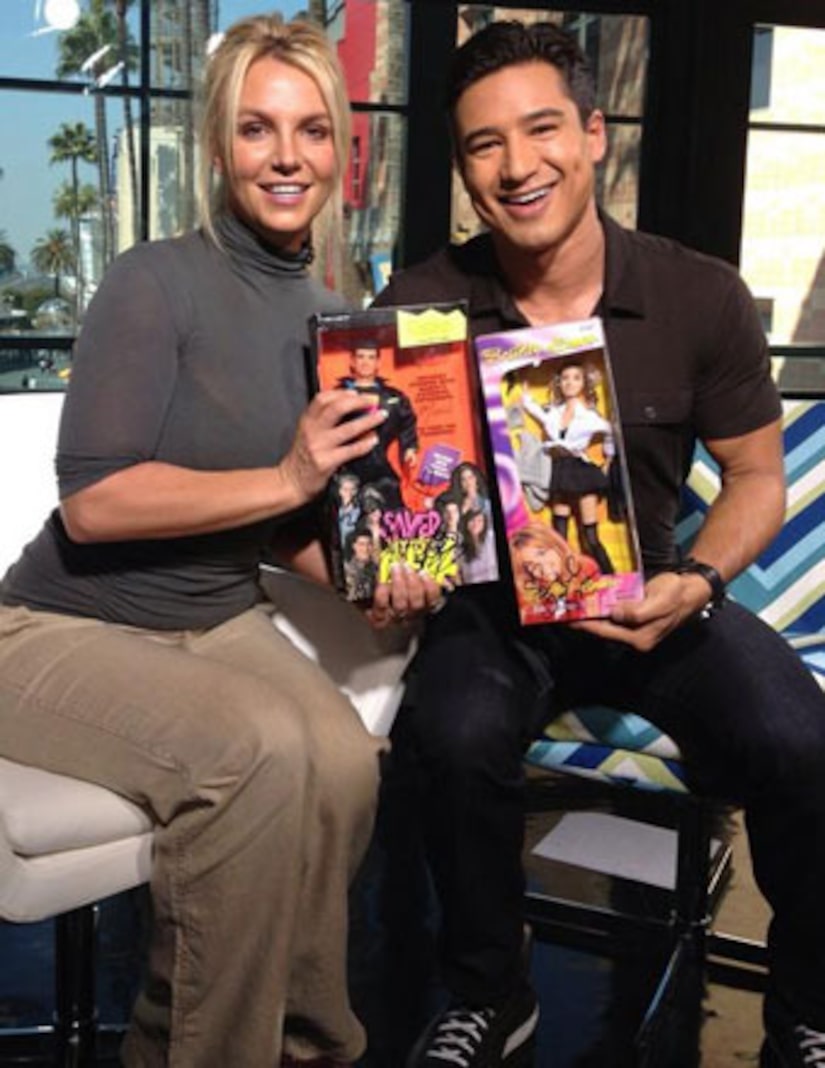 “Extra's” Mario Lopez caught up with Britney Spears at Universal Studios Hollywood to talk about her Tuesday morning helicopter ride, residency at Las Vegas' Planet Hollywood Resort & Casino, and what she thinks of Miley Cyrus.

Reliving the chopper ride that left her with a serious bout of motion sickness just before her Las Vegas residency announcement, she said, “We're up there for 50 minutes, we couldn't circle anymore because we had to stay in one place… we're hovering and the helicopter would drop and kept dropping and I was like 'OH My GOD I'm going to throw up all over everybody.'”

She added, “I was so embarrassed, but we landed and I got off and was able to pull it together.”

Spears also revealed details on her new show "Piece of Me." “We wanted the feeling of it to be that when people come, they're in the show with me and they're really there with me, so we're going to have a cool set up for them… so it's a party vibe.”

Britney also said she can relate to the attention Miley Cyrus has received since the MTV VMAs. “I remember that age when I was just transferring into my career and doing more controversial things and the energy that you feel, all this chaos going on and she is on fire right now, she's just a ball full of energy.”

Brit went on to say that the VMAs is a place to get creative with your performance. “It's a time to embellish a little bit, bring the artistic side of what you do out.”

Tune in to “Extra” tomorrow for the full interview.