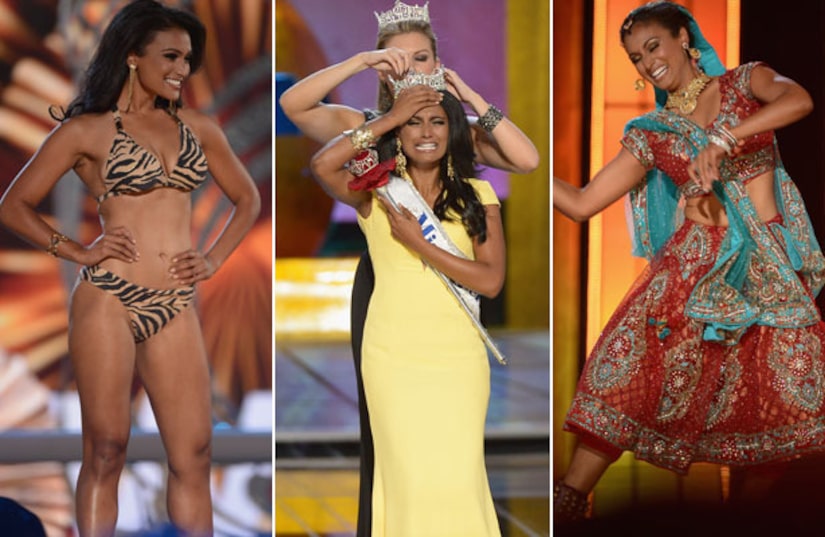 Miss New York Nina Davuluri is the new Miss America! The 24-year-old from Syracuse is the first winner of Indian ancestry to earn the crown.

Davuluri, who is the second consecutive Miss New York to win the pageant, competed on a platform of "celebrating diversity through cultural competency" and performed a Bollywood fusion dance.

Moments after her big win in Atlantic City on Sunday night, Nina told reporters, "I'm so happy this organization has embraced diversity. I'm thankful there are children watching at home who can finally relate to a new Miss America."

She plans to use her $50,000 scholarship winnings toward medical school.

Although her ancestry sparked hateful comments on Twitter, Nina seemed unfazed, "I have to rise above that," she said. "I always viewed myself as first and foremost American."

Leading up to the final competition, Davuluri made headlines when she was accused of calling the reigning Miss America Mallory Hagan fat.

Davuluri denied making the comment, and a rep for Hagan told the New York Post that there was no validity to the story