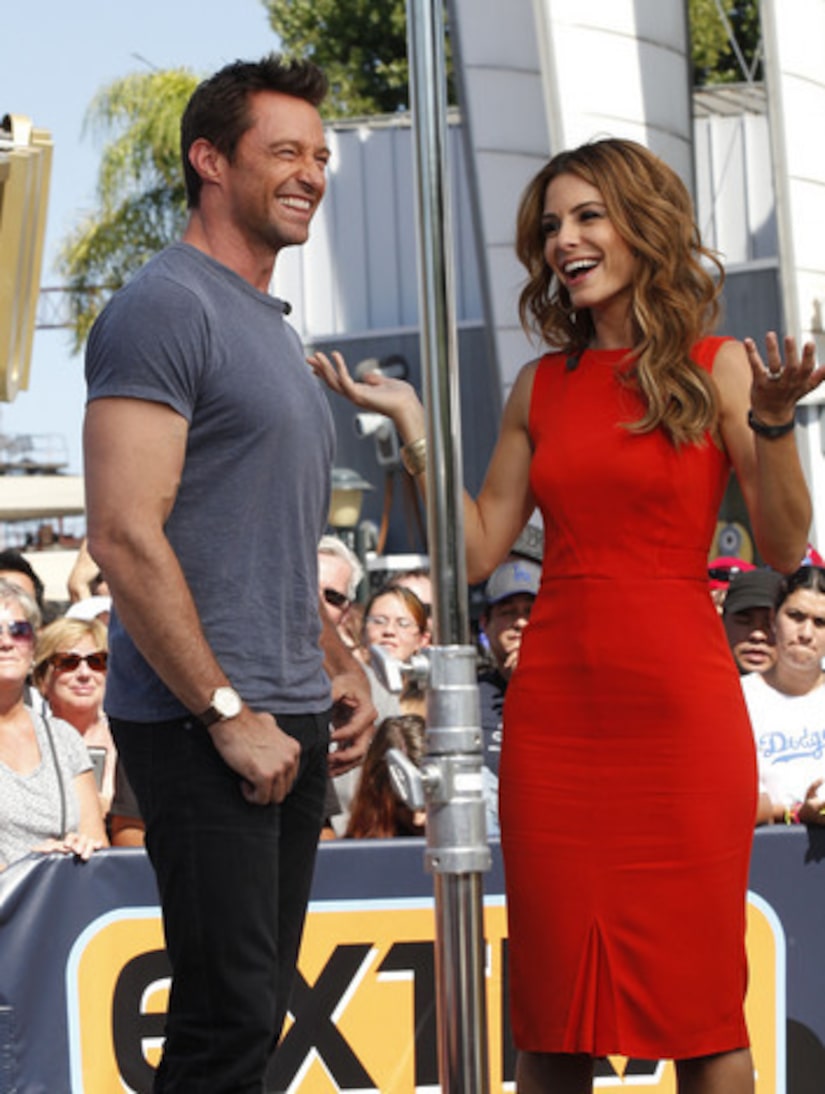 Hugh and wife Deborra-Lee Furness are parents to a 13-year-old son and 8-year-old daughter, and the Aussie actor said he’d do anything to protect them. “I'd go a long way, but forget me, because my wife would be like, ‘Out of my way!’ She would just lay waste to landscape, although I have to say, watching my character for about an hour and a half, she was gripping my hand during the movie. I had nail marks in my hand.”

Watch more of our interview, and find out what other job Jackman would love to do!