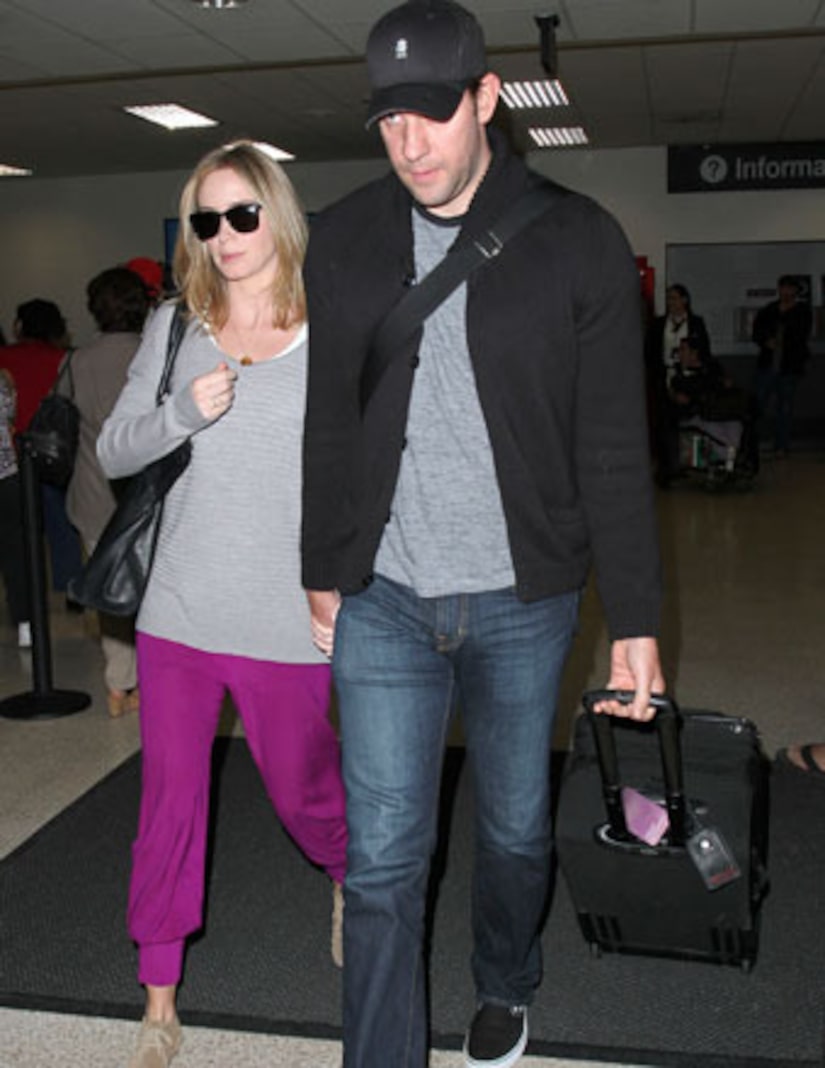 Emily Blunt is pregnant! The actress and husband John Krasinski will welcome their first baby in just a few months, her rep tells People.

The announcement isn't a huge surprise. The couple, who wed in 2010, has been dropping hints about wanting to start a family.

Emily, 30, told Manhattan magazine in 2012, "We want to have children; I just don't know when yet. I'm just not sure about the timing of all of that. We're both from big families, so I think it's something we want."

Meanwhile, Krasinski, 33, told the “Today” show that writing “Promised Land” with Matt Damon gave him an early look at what fatherhood was like.

"We actually wrote with children climbing all over him, and he was doing bath time and dinner and everything, and we still got it done,” the “Office” alum said.

A source told Us Weekly, the couple “couldn't be more excited.”

"They both want kids, it's one of the reasons they got a bigger place, in a neighborhood that you can raise a family,” the insider revealed.