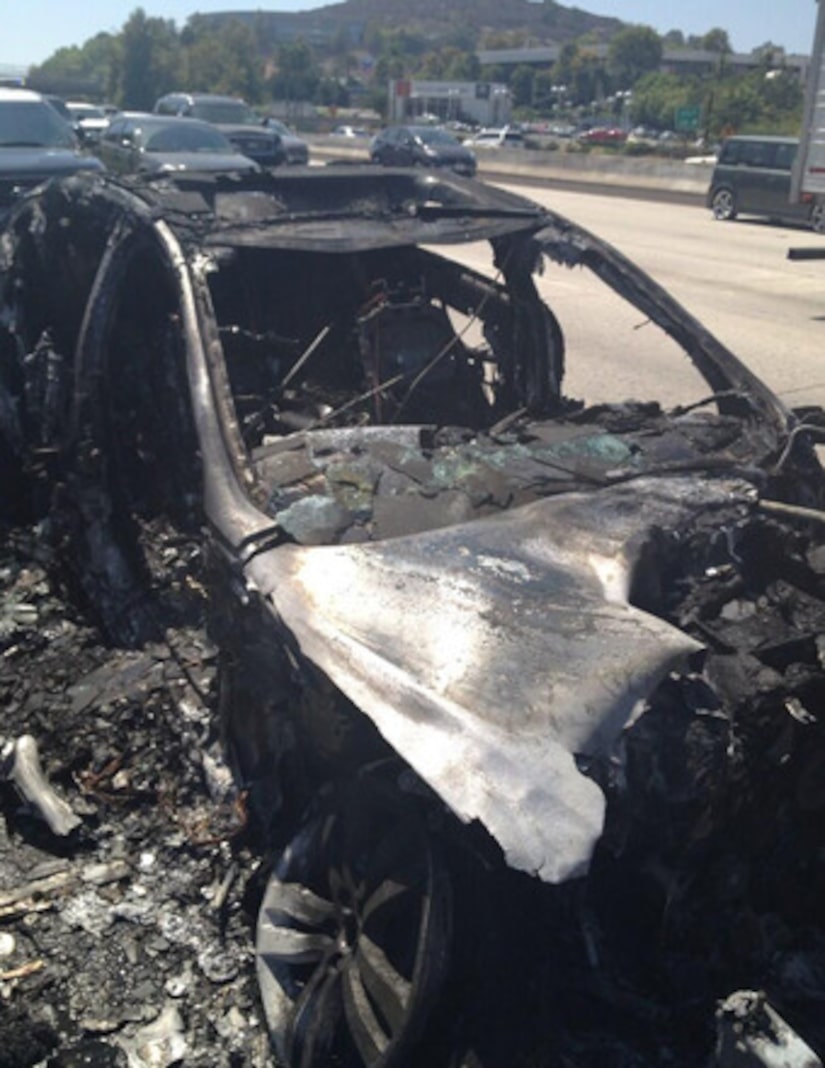 Actor Dick Van Dyke is lucky to be alive after a terrifying car fire on a Los Angeles freeway on Monday.

According to TMZ, a Good Samaritan came to his rescue just before Van Dyke's Jaguar burst into flames.

Passerby Jason Pennington told the site that he saw Van Dyke, 87, on the side of the 101, slumped over the steering wheel of the smoking Jag.

Pennington pulled over and ran to the vehicle. He managed to rescue Van Dyke, who was struggling, just before it caught fire.

Thankfully, the actor was uninjured. In fact, the “Mary Poppins” star even joked about the blaze on Twitter.

“Used Jag for sale REAL CHEAP,” he posted, along with a photo of the burned-out shell of a car.

His wife, Arlene, who picked him up from the scene, shared a Vine video of the ordeal with the caption, “Van Dyke's melted car. He's fine thank god!” Watch!