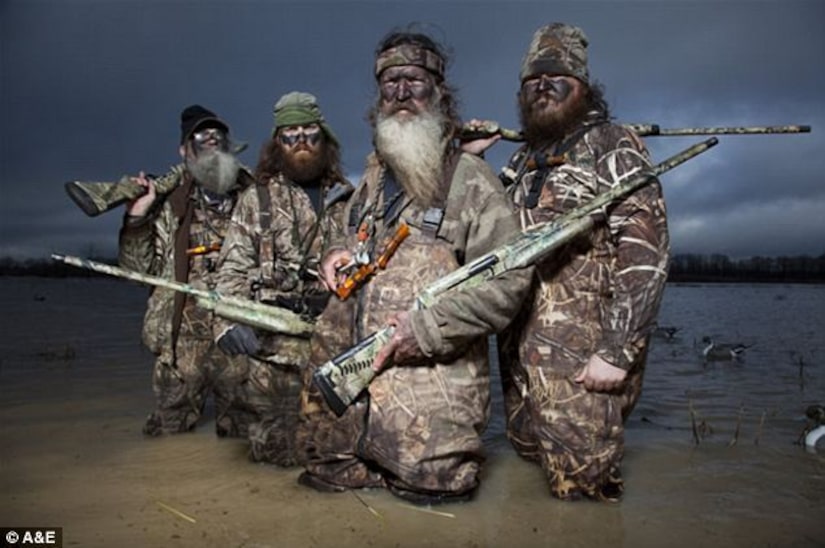 The A&E series Duck Dynasty kicked off its fourth season on Wednesday with the highest ratings for any cable reality show in history, drawing an astounding 11.8 million viewers.

The show follows the Robertsons -- a West Monroe, Louisiana family who runs a successful retail business, in which they sell items to duck hunters, including their signature Duck Commander duck call.

The Robertson men, known for their long beards and eccentric behavior, include brothers Phil and Si, and Phil's sons Jase, Willie, and Jep.

Here are quack-tastic facts about the duck brood:

-- Patriarch Phil Robertson has published several books, such as “Happy, Happy, Happy: My Life and Legacy as the Duck Commander,” and the group-authored book, “The Duck Commander Family: How Faith, Family, and Ducks Built a Dynasty.”

-- Uncle Si is a Vietnam vet and always carries his ever-present blue plastic Tupperware cup, which his mother sent him while he was stationed in Vietnam.

-- Eldest son Willie Robertson, the CEO of Duck Commander, got a business degree from Harding University. He recently said he is “too busy” to run for Congress.

-- Willie and wife Korie have known one another since elementary school. They married in 1992 and have five children.

-- Middle son Jase Robertson is in charge of the manufacturing aspects of Duck Commander and assists in tuning the duck calls by hand.

Check out "Extra's" archive interview with Phil and wife Kay in Times Square!