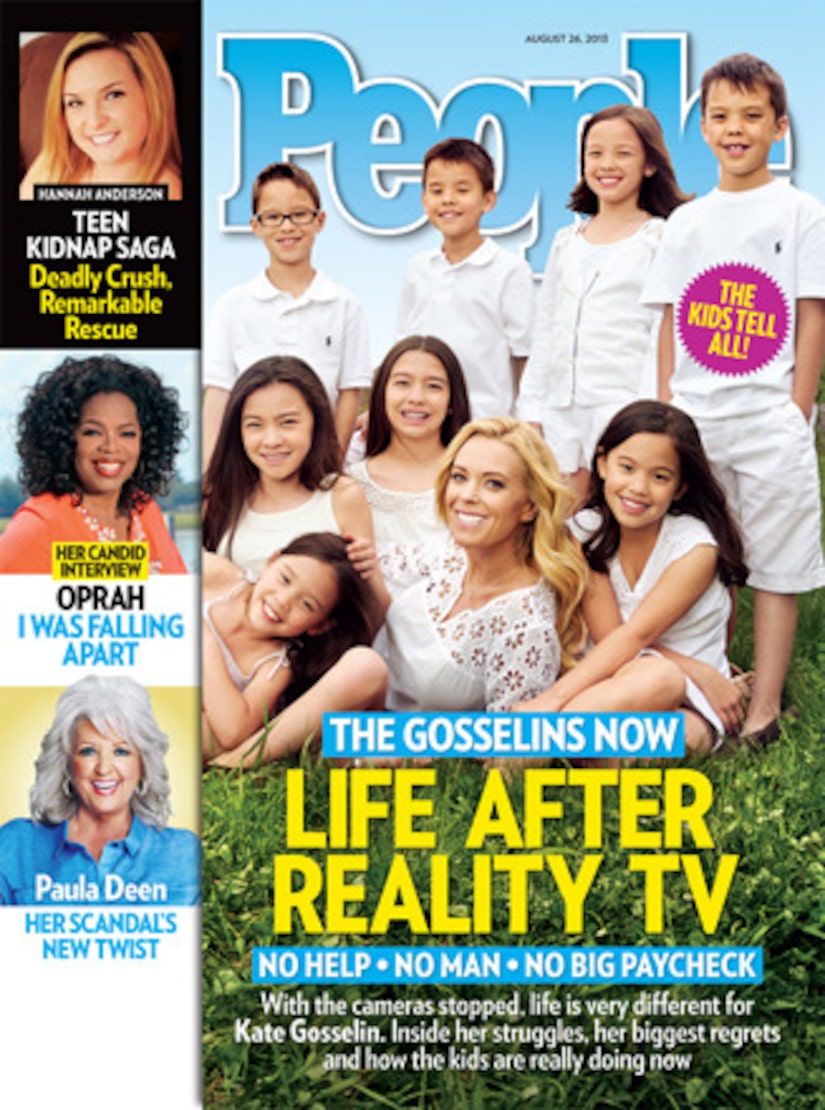 Being a single mom with eight kids and no reliable income is scary, says Kate Gosselin.

The former reality show diva and star of “Jon & Kate Plus 8” admits in a new People cover story that she is “living very carefully these days” by “piecing and patching together” income from several projects.

The divorcée has many mouths to feed, including twins Mady and Cara, 12, and sextuplets Alexis, Collin, Hannah, Joel, Leah and Aaden, 9.

Although she's having trouble finding work, the former nurse confesses that her own behavior is partly to blame. "I made so many mistakes, of course.”

Life has been a “roller coaster” ride for Kate and her brood. We were struggling, then we were doing really well, then it all fell apart, and now we have a so-called 'normal' life… They've [the kids] seen that through it all, we've dealt with it, survived it, and we keep on going.”

Looking back at her days on “Jon & Kate Plus 8” and the scandal surrounding her marriage, she says, "It feels like a whole other lifetime ago. And sometimes I don't even remember much of it.”

She continued, “Both when the babies were first born and during the divorce, I was on survival mode. I feel like I've lived two lifetimes already. I'm not the same person I was ... I don't even recognize her."

The new issue of People hits newsstands on August 16.