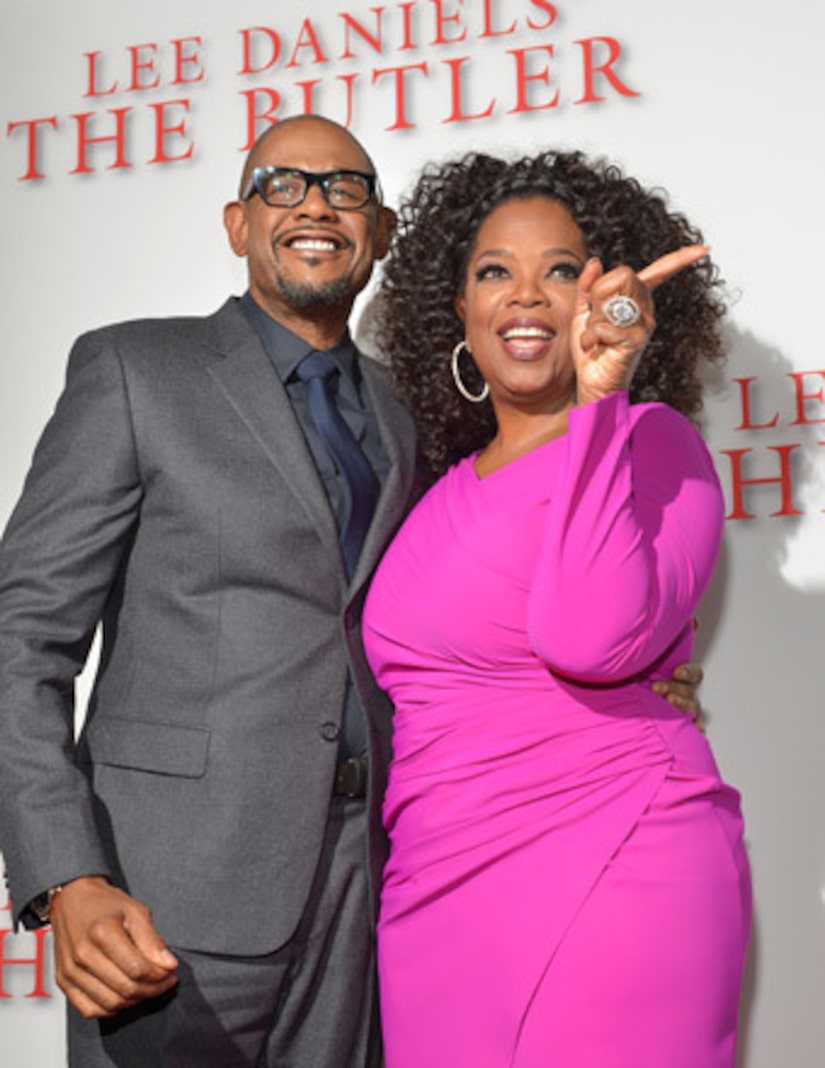 “Extra’s” Steve Santagati caught up with Oprah Winfrey at the L.A. premiere of “The Butler” to talk about the Swiss diss that made worldwide headlines.

The incident happened while the mogul was traveling in Switzerland. A saleslady reportedly refused to show Oprah a $38,000 Tom Ford handbag, cautioning the unrecognized $3-billion star couldn’t afford it. After the story went public, the Swiss tourism office issued an apology.

Winfrey explained, “If somebody's rude and offends somebody here in the United States you don't blame the whole country. The whole country doesn't apologize, so I didn't need an apology. I just went next door and bought another bag.”

She added, “I had a great time in Switzerland other than that moment.”

Dishing on her first time acting in 15 years, she told Santagati that smoking helped her get into the role of Gloria, wife of White House butler Cecil Gaines (Forest Whitaker). “It helped me to get into character, whenever I wanted to go there, I’d just start smoking.”

Oprah continued, “I was never a smoker. I never smoked even as a kid. It didn't interest me. The idea of putting fire in your lungs was not entertaining to me.”

When Steve asked if she inhaled, Oprah said, “Of course I inhaled, what’s the point?” adding, “And I’ve inhaled before, yes, not cigarettes…”