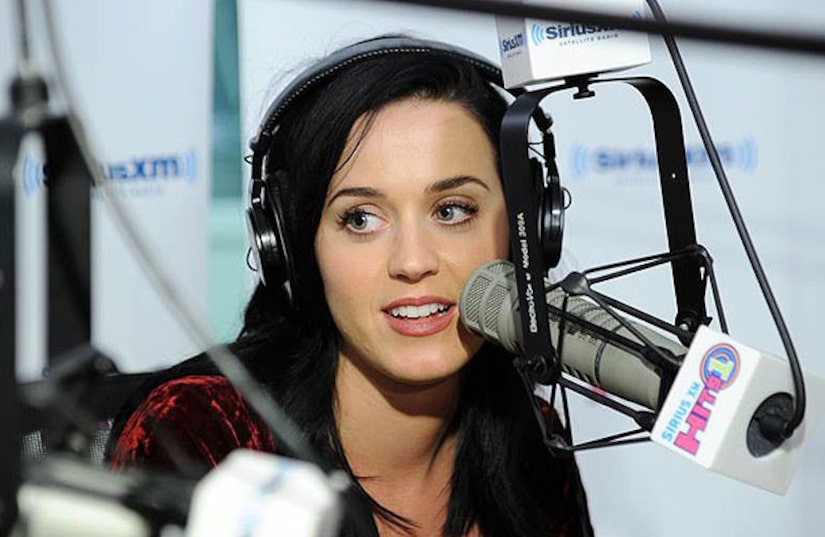 Singer Katy Perry stopped by “The Morning Mash Up” live on SiriusXM Hits 1 on Monday, where she talked about her new album, “Prism,” collaborating with BF John Mayer, and her new, edgier style.

Katy said she was inspired by her new album “Prism” to change her style. “It's basically just me, it's not any character that I really created. Last time it was really fun creating this character… the cotton candy kind of Katy character, but essentially cotton candy Katy character got punched in the face and had to realize reality. And now she is living there and that's me…”

As for “Prism,” Perry explained, “The reason I called [the record] 'Prism' is because there was a period in my life where it was a little dark, and then I finally decided to let the light in. And so I let the light in, it hit me in a tremendous way. It was life-changing, life-altering, and through that I get to shine all this extra light that I have out into my fans with the songs.”

Perry even collaborates on a song with boyfriend John Mayer called “Who You Love,” in which Katy is heard giggling at the end of it. She said, “I think that's just a love giggle… I think I was just so happy. I love that song, you guys will hear it soon.”

Click here to listen to more of Katy's interview!