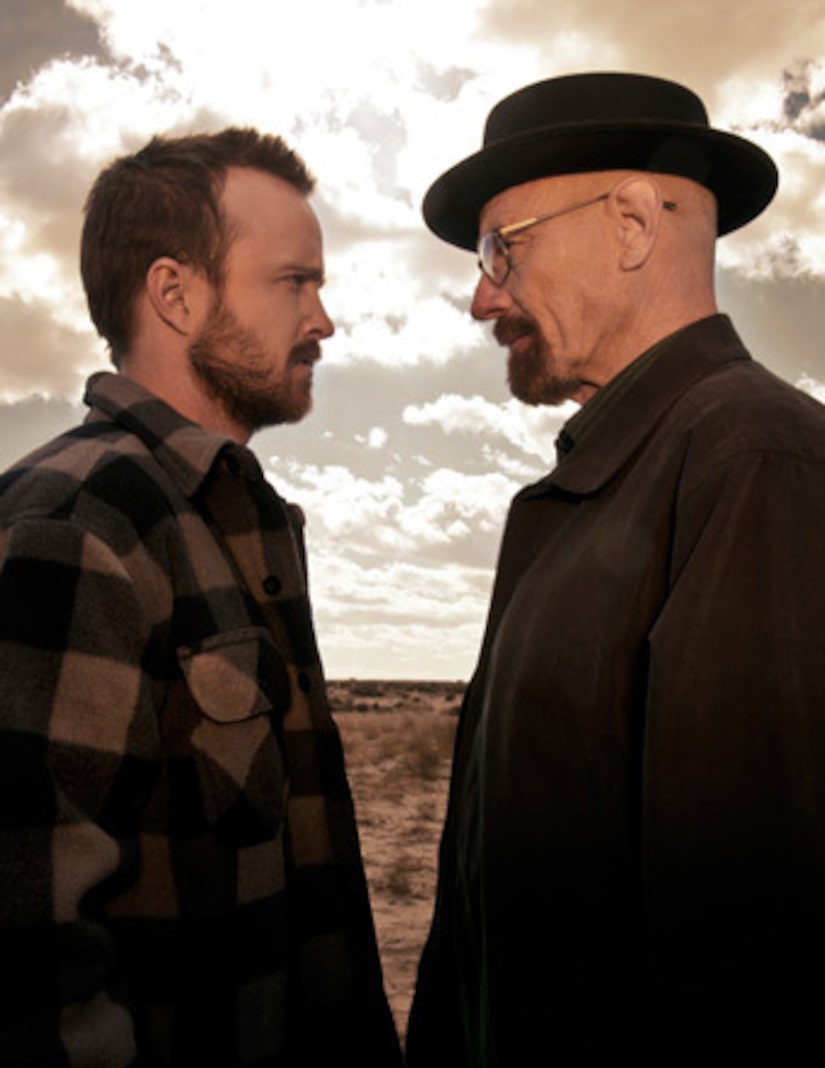 If the “Breaking Bad” mid-season premiere was any indication, the series is going to go out with a bang.

The first of the final eight episodes, called "Blood Money," included another flash forward. This time Walter White (Bryan Cranston), chemistry teacher turned meth kingpin, comes home to an abandoned house. Sporting a full head of hair, he walks through the dilapidated home he used to share with his wife and kids and heads to a bedroom, in search of a certain ricin pill.

Back in the present, a showdown is brewing between Hank and Walt. Now that Hank knows his mild-mannered brother-in-law Walt is actually Heisenberg (thanks to a copy of “Leaves of Grass” left in the bathroom), Hank's coming after him.

After Walt discovers the book is missing and there is a tracking device attached to his car, he strolls over to Hank's house and starts toying with the DEA agent… Heisenberg style. Hank threatens to take him down, but Walt has a better idea. He wants Hank to let it go.

Without admitting to any wrongdoing, White points out that his cancer is back and says, "In six months you won't have anyone to prosecute… I will never see the inside of a jail cell. I am a dying man who runs a car wash. What's the point?"

Meanwhile, Jesse Pinkman (Aaron Paul) is back with his “Star Trek” obsessed slacker friends, but all he can think about are the people he and Walt have hurt along the way. He asks the lawyer, Saul, to arrange to split his $5 million between Mike's granddaughter and the family of the boy that Todd killed.

When Walt comes on the scene he convinces him that the money will raise too many questions, adding, “You need to stop focusing on the darkness behind us. Nothing can change what we've done. But it's over.”

Before they were 'Breaking Bad' Stars

Pinkman finally agrees, instead trying to give bundles of cash to a homeless man and throwing some out his car window.

The epic premiere lit up the Twitterverse, and even the stars couldn't escape the "Breaking Bad" Season 5 mania. Referring to the scene between Hank and Walt, Aaron Paul wrote, “Tread lightly #BreakingBad.”

Ben Stiller got a kick out of the Trekkie conversation, tweeting, “The Star Trek discussion in Breaking Bad was almost too much to take. Never thought 'Quatloos' would be mentioned on Breaking Bad. #toogood.”

Rihanna posted a pic of herself with the caption, “This is my 'BREAKING BAD IS ON TONIGHT, AND I STILL HAVE 3 EPISODES LEFT BEFORE I CAN WATCH IT' face.”

Mindy Kaling posted a warning for fans like RiRi, saying, “If you didn't see breaking bad tonight, tomorrow you better take your spoilers like a man.”