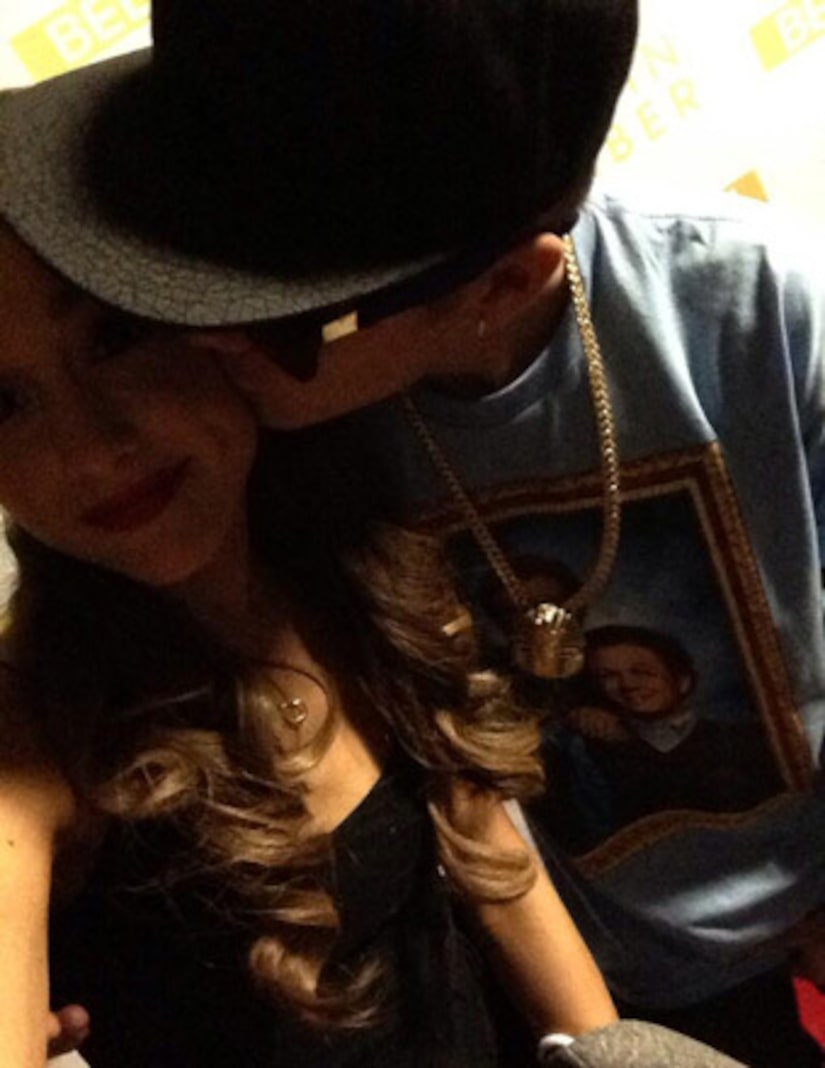 Justin Bieber and Ariana Grande romance rumors erupted Thursday after he got cozy with the Nickelodeon star and planted a kiss on her cheek backstage at his show in Tampa.

Ariana, who opened for Justin, tweeted the flirty photo with the caption “@justinbieber you're crazy,” along with a pic of the Biebs and her grandparents.

Despite the sexy smooch, Adriana says she's not dating the “Believe” singer. The “Sam & Cat” star tweeted, “Everyone, girls are allowed to be friends with guys. I'm a lady. Chill out.”

Maybe he's not over Selena Gomez after all.