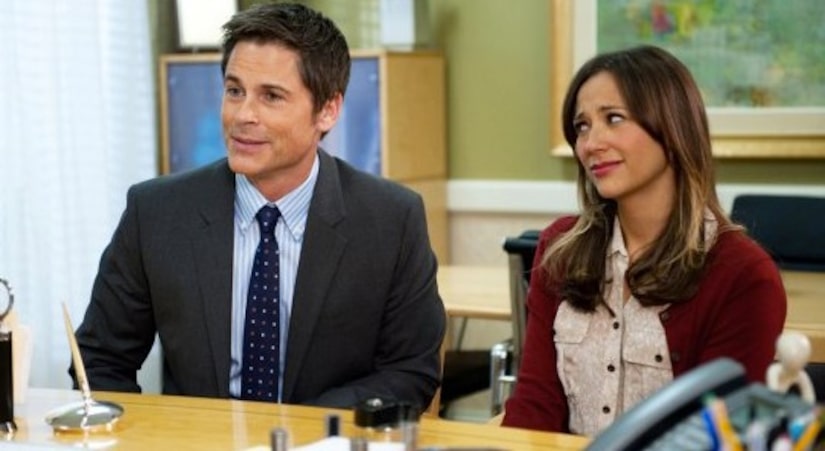 Say goodbye to two Pawnee residents. Actors Rob Lowe and Rashida Jones are leaving the hit NBC comedy “Parks and Recreation” in the middle of the upcoming season.

Lowe and Jones played on-again/off-again couple Chris Trager and Ann Perkins in the Amy Poehler-led ensemble about a ragtag group of government employees in Pawnee, Indiana.

On Wednesday, Lowe tweeted his thanks to showrunner Mike Schur: "Thanks @KenTremendous It has literally been a world class pleasure. I'm sure Chris will take great care of... Ann Perkins!!"

This isn't be the first time a main cast member has exited “Parks and Recreation.” Paul Schneider departed the comedy shortly after the addition of Lowe and Adam Scott in Season 2.

Jones and writing partner Will McCormack are moving into a development deal with Warner Bros. Television to write and produce comedy and drama projects for both cable and network TV.

Lowe is starring in the upcoming National Geographic channel adaptation “Killing Kennedy,” and appeared in the HBO Liberace biopic, “Behind the Candelabra.”

“Parks and Recreation,” which picked up a full-season order, is currently filming its one-hour premiere, to air September 26.