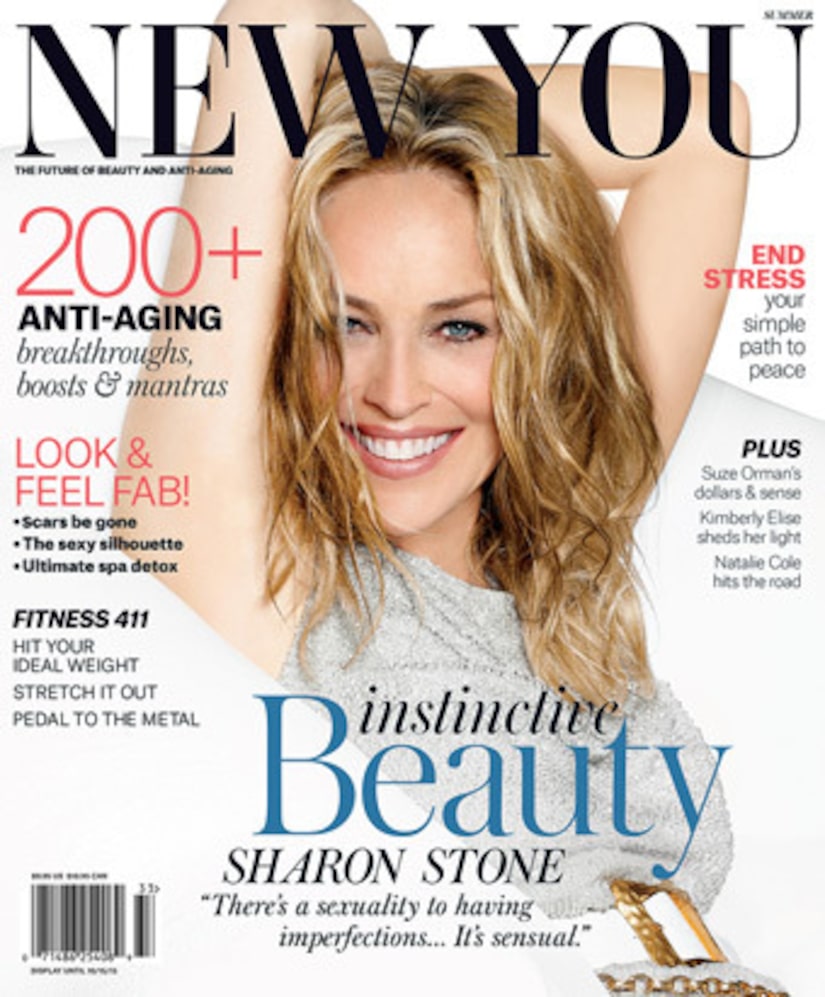 Veteran actress Sharon Stone sat down with New You magazine to share her thoughts on aging, and embracing the changes that come with it... when it comes to sex and beauty.

Stone believes that it's possible to feel beautiful at any age, especially in your fifties. “It's not like fifty is the new thirty. It's like fifty is the new chapter. We know so much at this age, and people realize we're the ones with experience. We're a very colorful generation that is leading once again.”

She also points out that people are afraid of change, connecting that idea with the current obsession with plastic surgery. “If you have things that you want to fix, you should go right ahead and fix them. But I don't think it's alright to distort yourself.”

Sharon won't be getting a facelift. In fact, she shares that she's been offered a facelift or two by several doctors. “I can't tell you how many doctors try to sell me a facelift. Yes, I've come close – but, frankly, I think that in the art of aging well there's this sexuality to having those imperfections. It's sensual.”

Stone also reveals that it's possible to feel sexual at any stage of life, and that it only gets better with age. “As women, we understand our bodies, and there's a blossoming that occurs. We're hungry for gourmet meals instead of fast food.”

Check out more of Stone's interview in New You magazine!