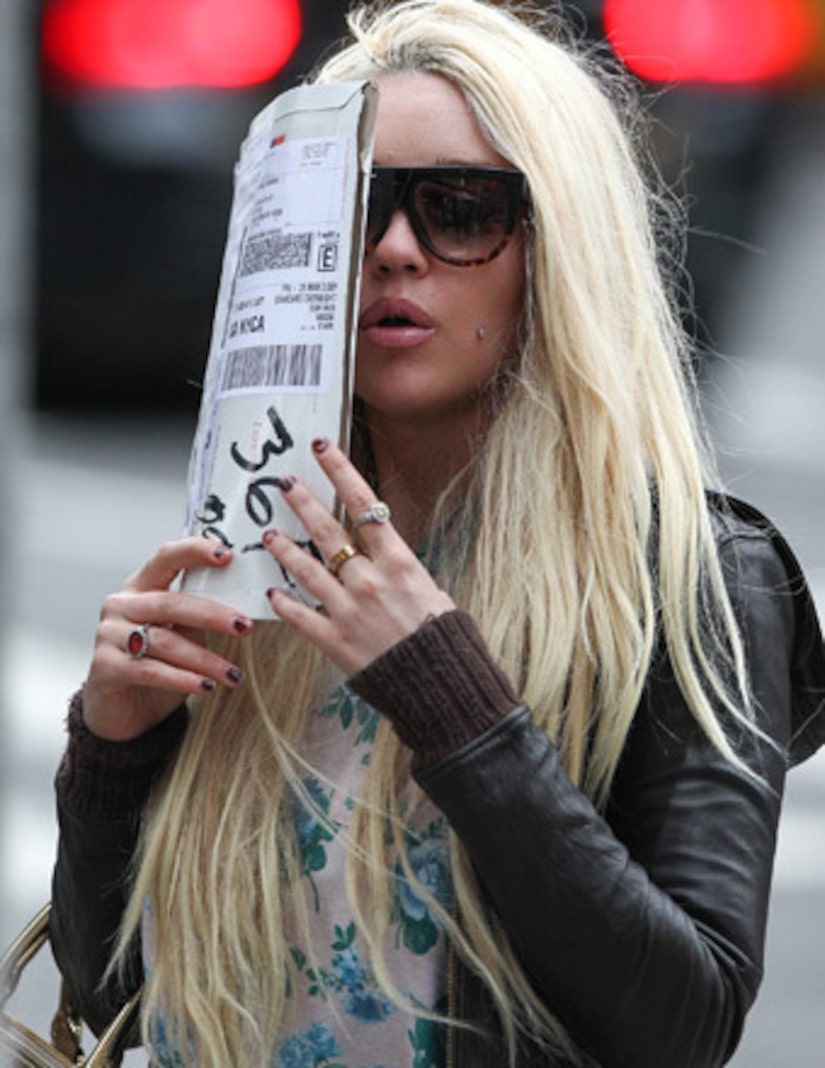 “Extra” has obtained the court documents filed by Amanda Bynes' parents in hopes of obtaining a temporary conservatorship. In the docs, they describe their daughter as “homeless,” “paranoid” and blowing through cash. They were denied, but will have a second chance to present their case on August 9.

Lynn and Rick Bynes made the drastic move for control of Amanda's assets and care after she started a fire in a driveway in Thousand Oaks and was taken in for a 5150 psychiatric evaluation. She is currently on a two-week involuntary hold.

Amanda's parents explained that they had no idea how she got from NYC to L.A. last weekend (she has no ID), or where she had been staying prior to the incident. “She said she 'cabbed it'” they explained, later adding, “We believe she is essentially homeless.”

They described her fragile mental state as “paranoid,” saying that prior to moving to NYC they saw her “cover smoke alarms with towels, tape windows shut and cover her car's dashboard with cardboard and tape out of fear that cameras were watching.”

As far as her calling everyone “ugly,” Bynes' mom and dad said “she talks incessantly about cosmetic surgeries” and has “called us 'ugly' on “several occasions.”

Lynn and Rick are also concerned about her finances. They believe she has blown through $1.2 million of her $4-million fortune in a “short amount of time.” Bank records show checks worth thousands written to cash and two $100,000 withdrawals.

Amanda's lawyer asked the judge to release her on Friday, and an emergency hearing was held at 2 PM in the psych ward where the 27-year-old is staying. No word yet on what the judge decided.