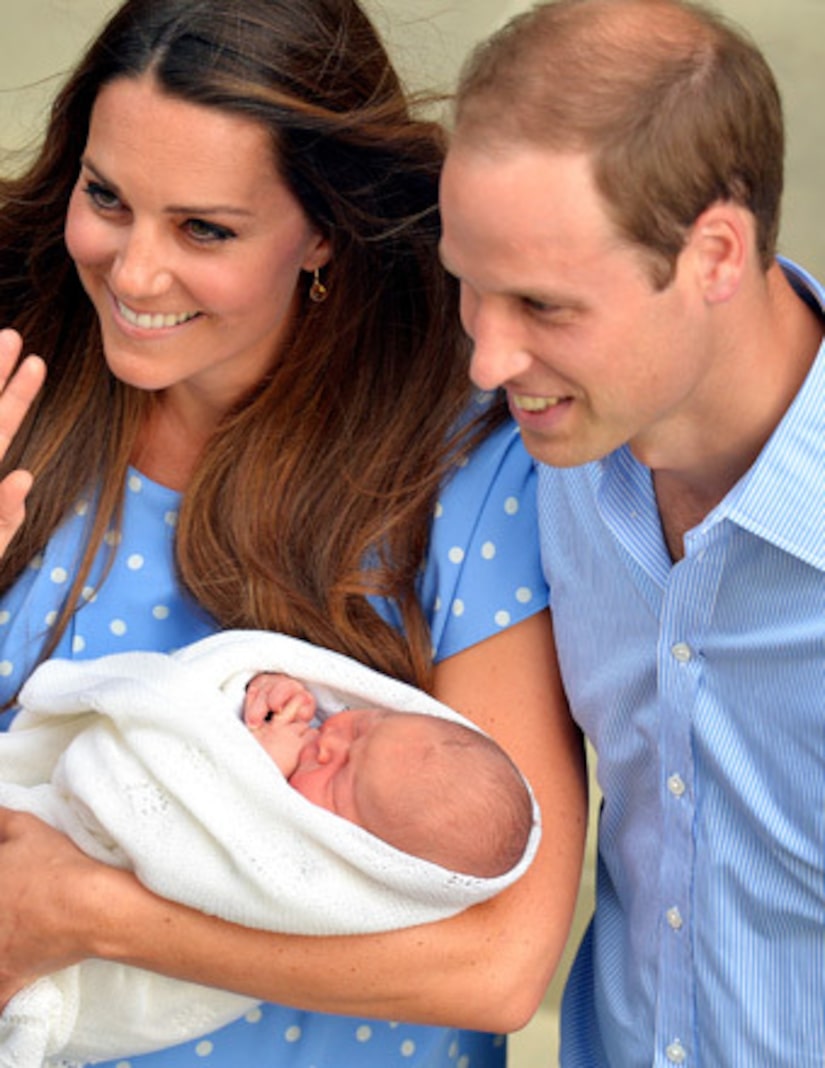 The royal baby spent just one night in his new digs at Kensington Palace – just enough time for a visit from the Queen and Prince Harry – before Kate Middleton and Prince William whisked him off to Bucklebury.

The new parents left the palace around 1 PM in a black Range Rover, with William in the front passenger seat and new mom Kate smiling at her newborn in the back. A second Range Rover, most likely carrying security, followed.

The little prince and his parents are expected to stay with the Middletons for at least several days.

Kate and William apparently waited to skip town until after Queen Elizabeth II had a chance to meet her first great-grandson. Her Majesty was spotted arriving to Kensington at 11 AM and reportedly stayed for an hour and a half.

Louise Butt, who attended a function with the Queen on Tuesday night, said the monarch described the Prince of Cambridge as a “big boy.”

Mrs. Butt added, “She said she is thrilled. She said the first born is very special. We agreed.”

Prince Harry also stopped by to see the tot, although it was unknown if he paid a visit Tuesday night or Wednesday morning.

The royal couple introduced their bundle of joy to the world on Tuesday outside St. Mary's Hospital in London, before heading to Kensington Palace.

Now, the next big announcement from the royal camp will be the baby's name. When the press outside the hospital asked Prince William if it would be George, he replied, “Wait and see, wait and see.”