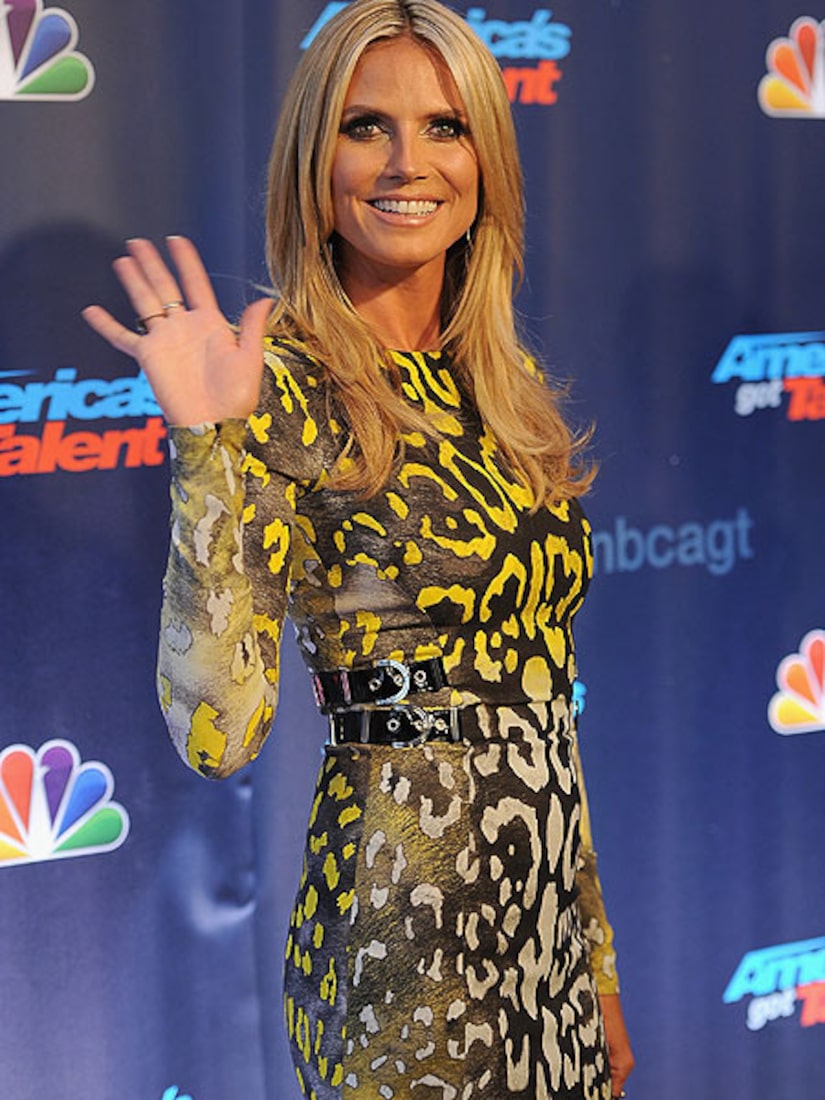 “America’s Got Talent” judge Heidi Klum looked sexy on the red carpet on Tuesday, and talked to “Extra’s” AJ Calloway about the topless, tree-hugging picture she recently posted on her Facebook page.

Klum smiled, “I grew up, you know, running around topless. And I still do.”

The pic, which got 12,000 likes, was taken while she was vacationing with her family in Bora Bora. As for who took the picture, Klum revealed, “The photographer was my mom. I took the same photo of my mom. She was wearing a bathing suit.”

Heidi also shared that she does have some favorite “AGT” contestants, saying she has a soft spot for the musical acts.

Watch more of our interviews, including what judges Howard Stern, Howie Mandel and Mel B have to say about the new season!