As Trayvon Martin protests erupted across the nation, Beyoncé paid tribute to the teen over the weekend, asking concertgoers to share in a moment of silence at her "Mrs. Carter" show in Nashville.

"I'd like to have a moment of silence for Trayvon," Bey told the crowd before singing Whitney Houston's “I Will Always Love You” and transitioning into her hit “Halo.”

Several stars spoke out about the case after the verdict. Jamie Foxx, who wore a Trayvon t-shirt to the BET Awards in June, tweeted, "I want to wrap my arms around Trayvon's parents and family during this emotional time. Trayvon will LIVE in our hearts forever. We will make sure that he did not die in vain." 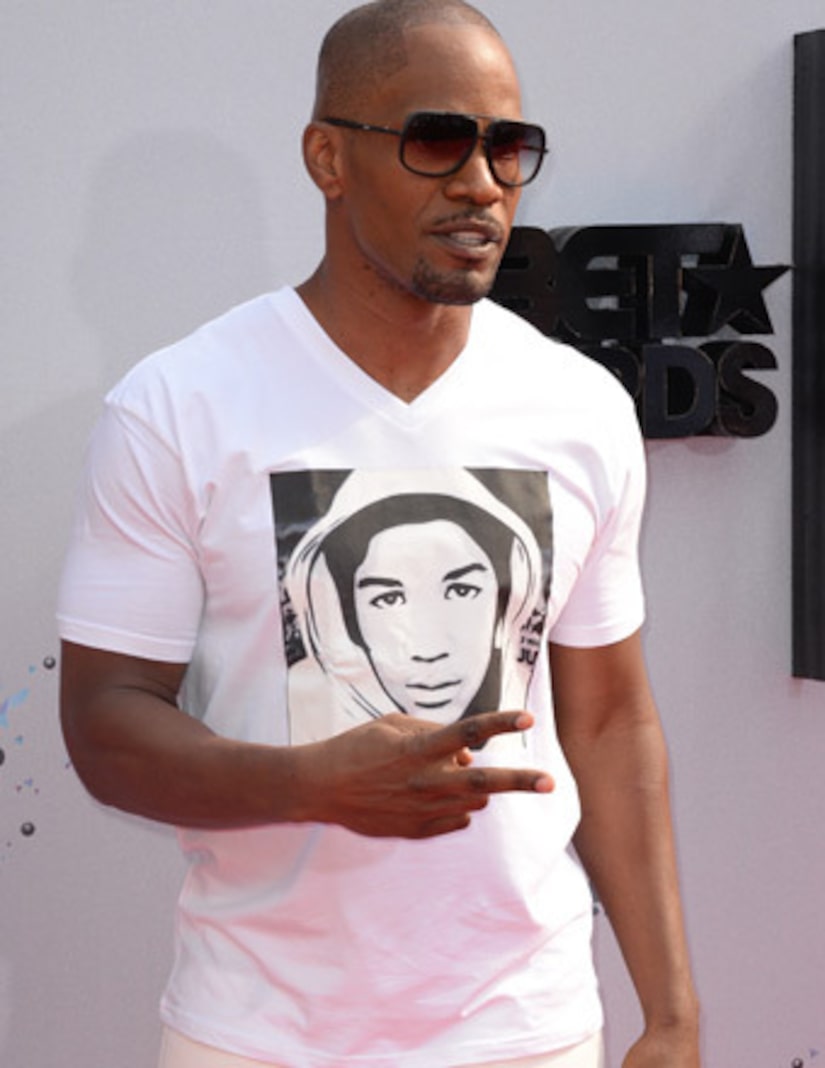 Young Jeezy shared a new song, “It's a Cold World (A Tribute to Trayvon Martin) on his Facebook page. "I am in no way shape, form, or fashion ... trying to capitalize off of the latest series of events. These are my true feelings and my form of expression about it,” he wrote.

Hip hop mogul Russell Simmons urged anyone upset with the verdict to help fight laws like Florida's Stand Your Ground, which allows for the use of deadly force.

Simmons also urged his Twitter followers to stay peaceful, "If u have any anger this evening put that energy into challenging these horrible laws that allow overly-anxious neighborhood watchmen to carry guns and shoot innocent people."

The verdict sparked protests across the nation, including L.A. and NYC. President Obama also released a statement regarding the case, telling the nation, "The death of Trayvon Martin was a tragedy. Not just for his family, or for any one community, but for America. I know this case has elicited strong passions. And in the wake of the verdict, I know those passions may be running even higher."

He continued, "But we are a nation of laws, and a jury has spoken. I now ask every American to respect the call for calm reflection from two parents who lost their young son."