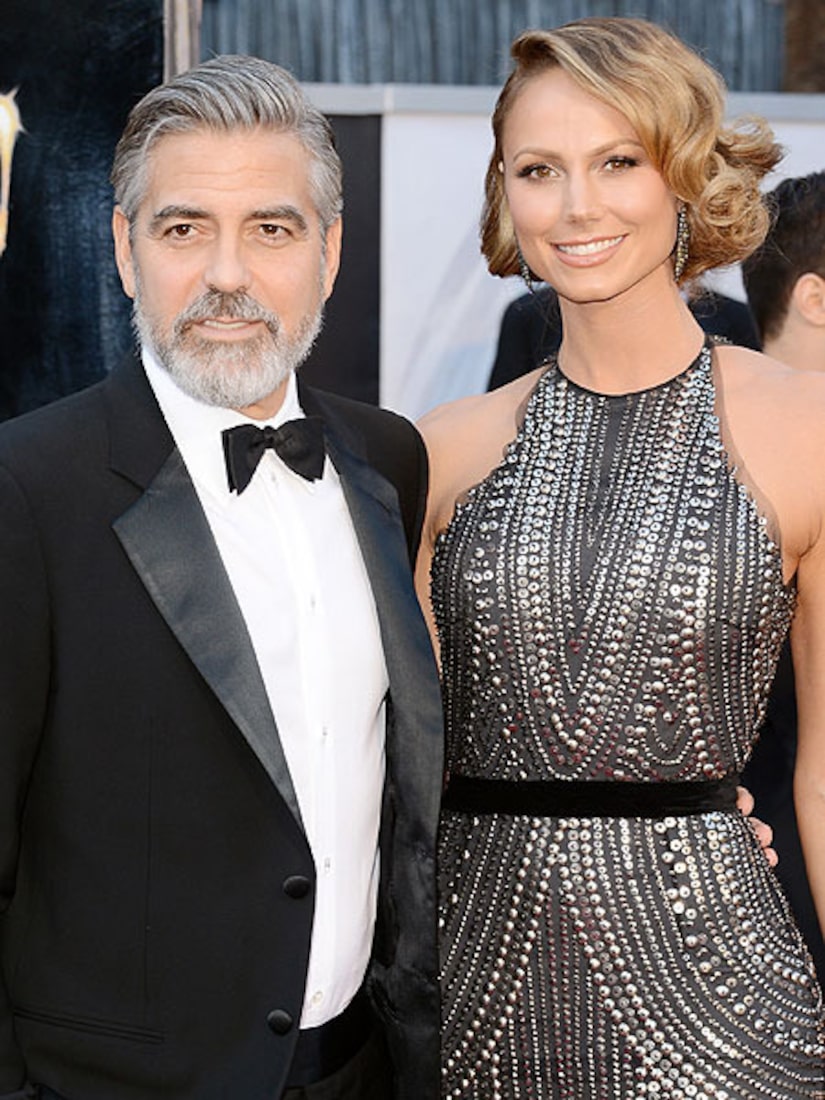 A source told People.com, "Stacy called it quits. She wants to have children and a family someday. She knows where George stands on that. They talked and they quietly stopped being a couple several weeks ago."

The insider added that Clooney, 52, and Keibler, 33, are still good friends. "They talk every day. They were friends before they started dating and they'll be friends after. It was a friendly breakup."

Other sources are citing their busy schedules as a reason. "They haven't seen each other in a while and they've both been working so much, so in recent months, they've started growing apart.”

Keibler, whose new Lifetime show “Supermarket Superstar” premieres in July, was spotted partying with girlfriends over the 4th of July weekend, while Clooney was snapped near his Italian villa in Lake Como.

Clooney will next be seen in the sci-fi thriller “Gravity” with Sandra Bullock.