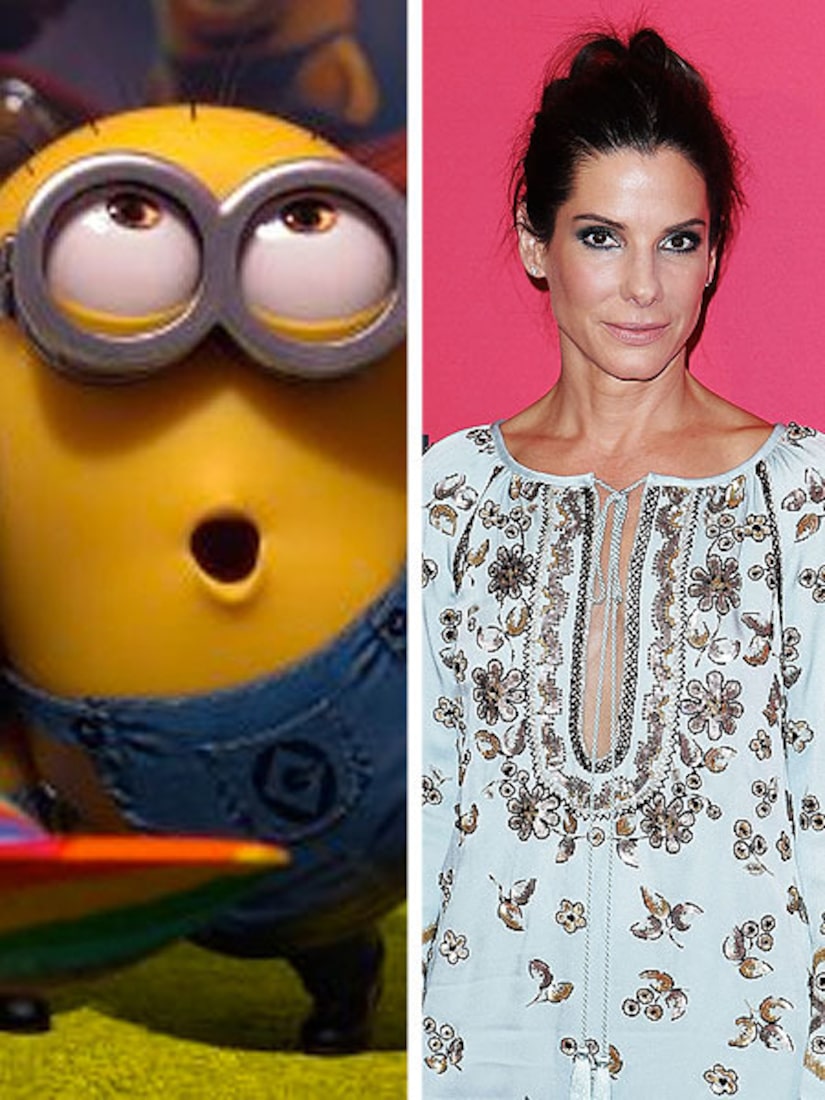 Now that “Despicable Me 2” is a mega hit at the box office, it makes sense those cute little yellow minions will star in their own movie with Sandra Bullock.

Bullock is set to star in the upcoming “Minions,” as the highly ambitious, fashion-minded supervillain Scarlet Overkill.

According to Deadline, the film will be set in the 1960s with the title characters vying for the opportunity to become henchmen for Scarlet. Jon Hamm has reportedly signed on to play Scarlet's husband, Herb Overkill.

The film is scheduled for release in December 2014.

Bullock will next be seen in the Alfonso Cuaron sci-fi flick “Gravity,” co-starring with George Clooney.