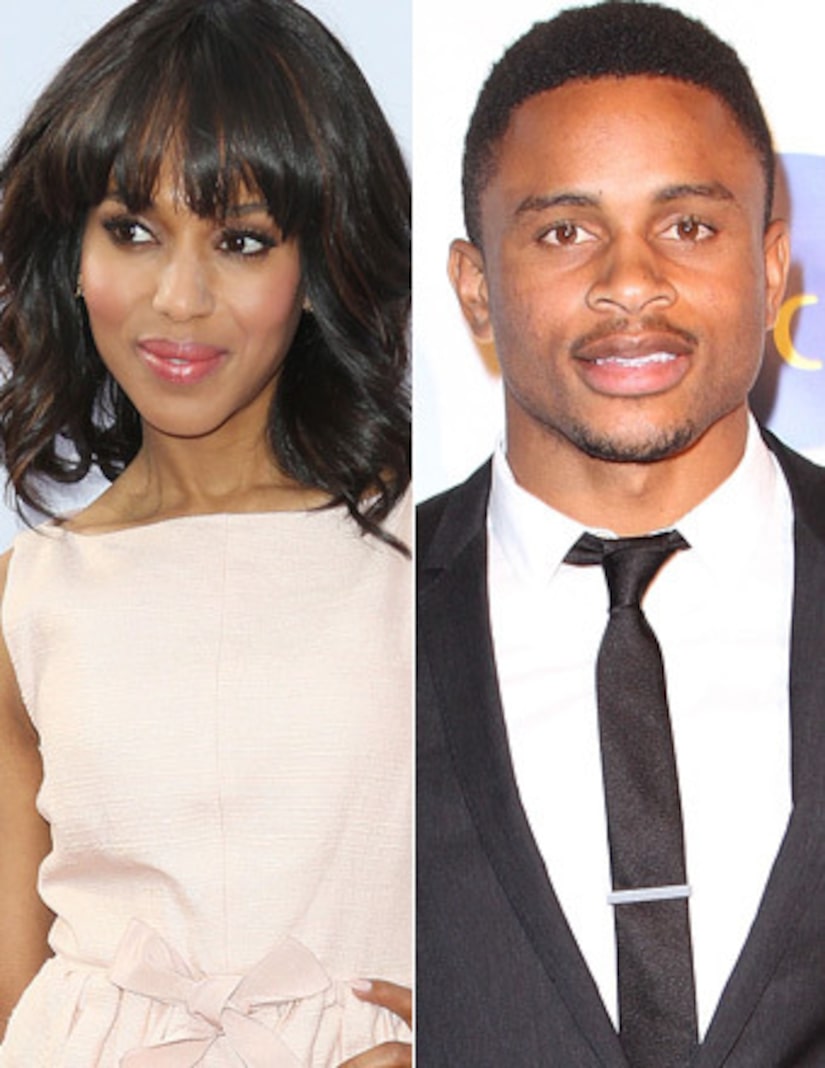 Kerry Washington and beau Nnamdi Asomugha pulled off a super secret wedding, tying the knot in Blaine County, Idaho on June 24. See their marriage license below!

The couple apparently kept their relationship under wraps, but TerezOwens.com claims the “Scandal” actress has been dating the San Francisco 49ers cornerback since last summer.

Asomugha, a three-time Pro Bowl star, started his career with the Oakland Raiders. After eight seasons he signed with the Philadelphia Eagles for two seasons before joining the 49ers in April.

Washington and Asomugha's reps had no comment regarding the wedding news. 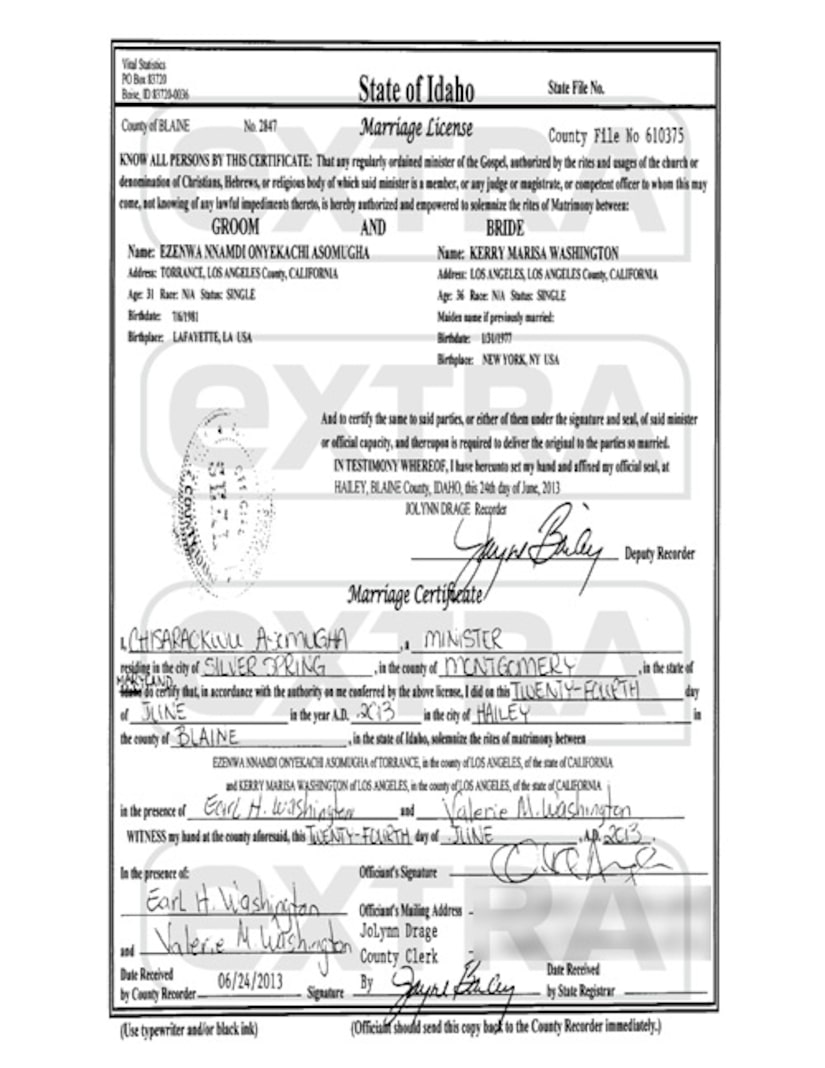