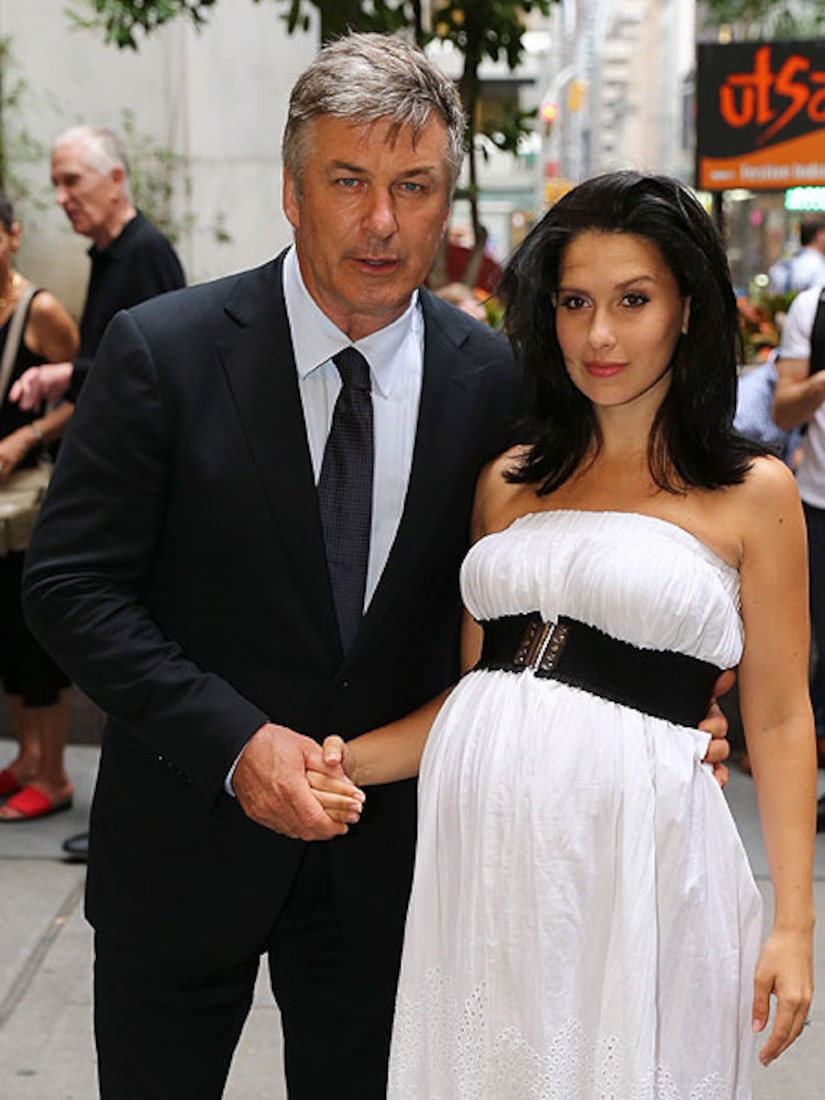 “Extra” caught up with Hilaria and Alec Baldwin at a NYC art gallery, where Alec has curated a collection of rock photography from Rock Paper Photos.

The couple spoke with “Extra” for the first time since a Daily Mail story falsely accused Hilaria of tweeting during James Gandolfini’s funeral last week. The post launched an online Twitter battle with Alec, and the Daily Mail has since taken down the incorrect story.

Alec told “Extra” that Hilaria is “the most appropriate, decent, kind, person. For the guy to say what he said about you,” looking at his wife, “I was like, ‘You got to be kidding me.’”

Hilaria explained, “Some person with a computer ended up blaming Twitter because it was three hours behind. He can write whatever he wants and make a big problem. People just go absolutely crazy because some random person decided to mess with you that day.”

The Daily Mail sent a statement to Hilaria, saying they accept her assertions that she did not tweet from the funeral and apologized for “any distress” it caused. The mom-to-be said, “It was probably one of the lamest apologies, but the fact that they took it down… I guess that’s as much as you get.”

The “30 Rock” star also apologized for calling the Daily Mail reporter a “toxic little queen,” saying he has learned his lesson. “It’s not a good idea to let that thing get to you, which I certainly am guilty of.”