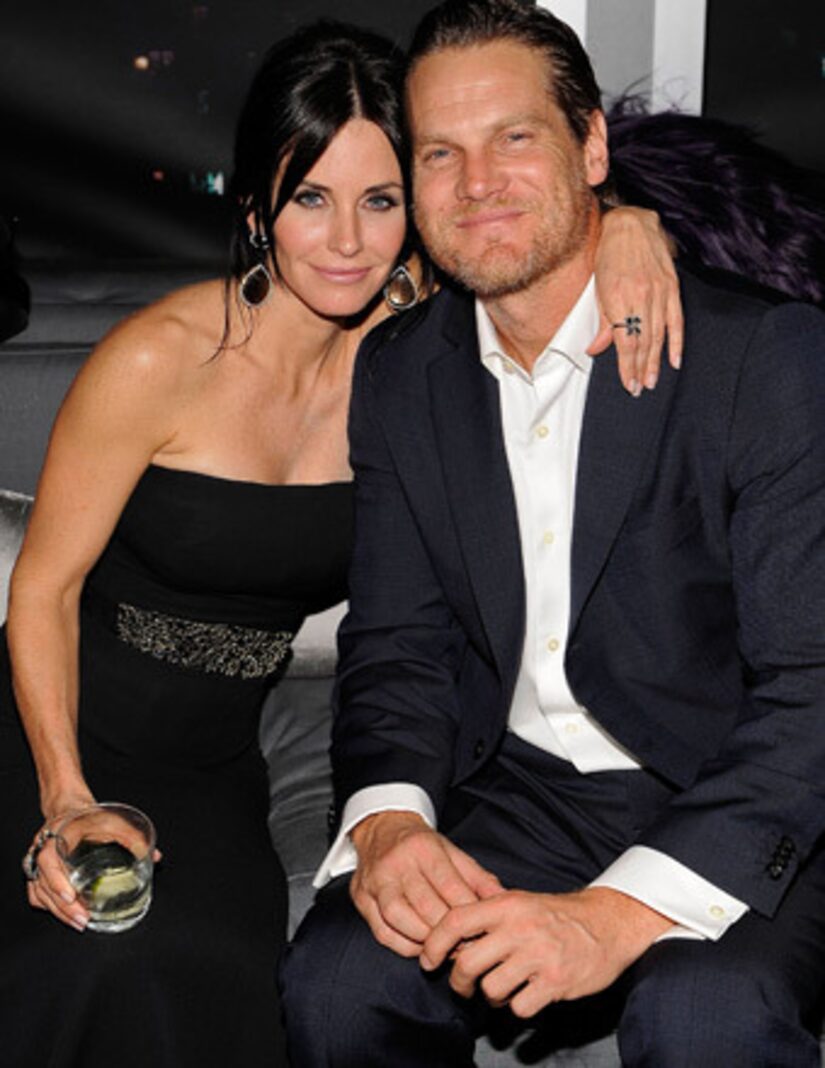 They play exes on TV, but in real life Courteney Cox and Brian Van Holt are reportedly dating! A source told Us Weekly that “they've been going out for about six months.”

Rumors about the pair have come and gone since Cox and ex-husband David Arquette split in 2010, and Arquette once told Howard Stern he thought they were having an “emotional affair.”

Now that David has moved on with girlfriend Christina McLarty, the insider said that Courteney and Brian feel like they can be more open about their relationship. They were spotted at West Hollywood's Chi Lin restaurant earlier this month.

Van Holt is also bonding with Cox's daughter Coco, 9. An insider said "the girl was extremely comfortable with Brian" during a set visit to “Cougar Town. She treated him like a dad or an uncle.”