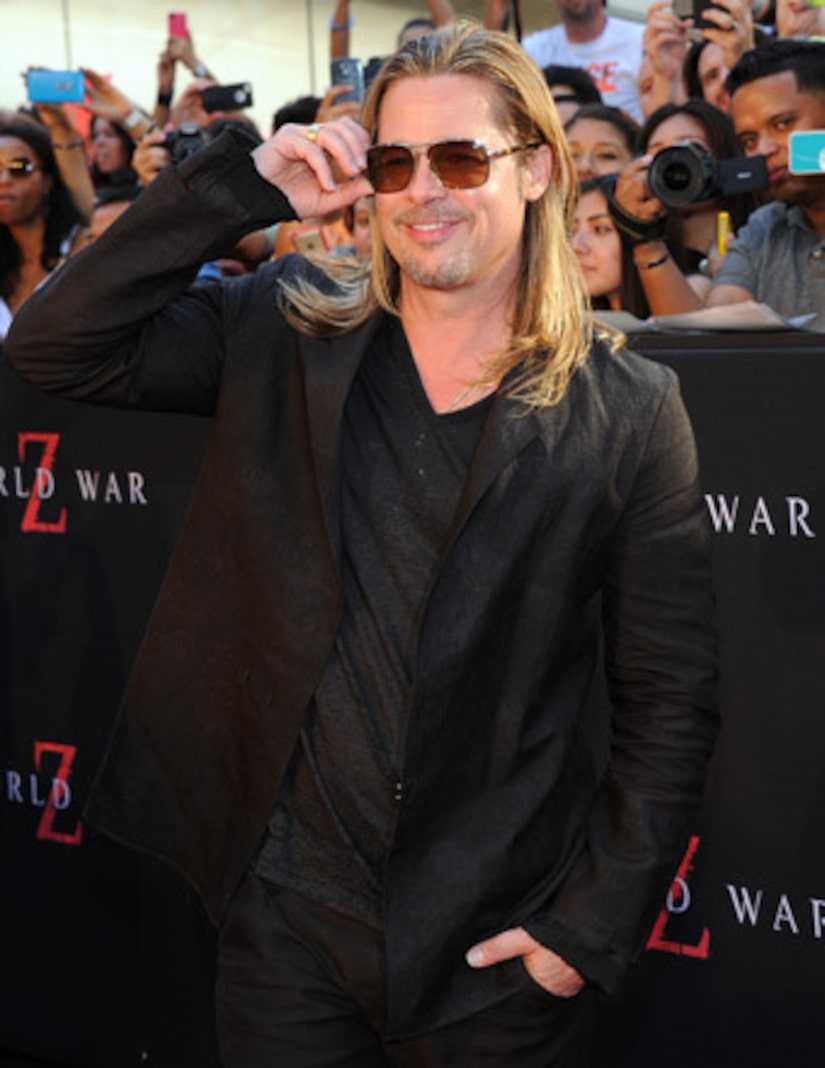 New mom Kim Kardashian, who welcomed a baby girl on Saturday, got some A-list advice from father of six Brad Pitt!

“Extra’s” AJ Calloway caught up with Pitt at the NYC premiere of his zombie movie “World War Z.” The father of three boys and three girls wanted Kim and BF Kanye West to know that they should keep the babies coming.

“Never too many,” he said with a smile. “A friend of mine said two (kids) and under it’s man-on-man defense... anything over two, it’s your own defense and that’s worked for me.”

The singer, who is a breast cancer survivor, spoke with the Washington Blade and said, “I have to say I feel a little differently. I have that gene mutation too and it’s not something I would believe in for myself. I wouldn’t call it the brave choice. I actually think it’s the most fearful choice you can make when confronting anything with cancer.”

Pitt, who had not heard the comments, responded, “Oh, I didn’t know, I haven’t seen her… Melissa is an old friend of mine, so I’ll have to give her a call.”

The actor added that Jolie is doing great. Watch more of the red carpet interview!