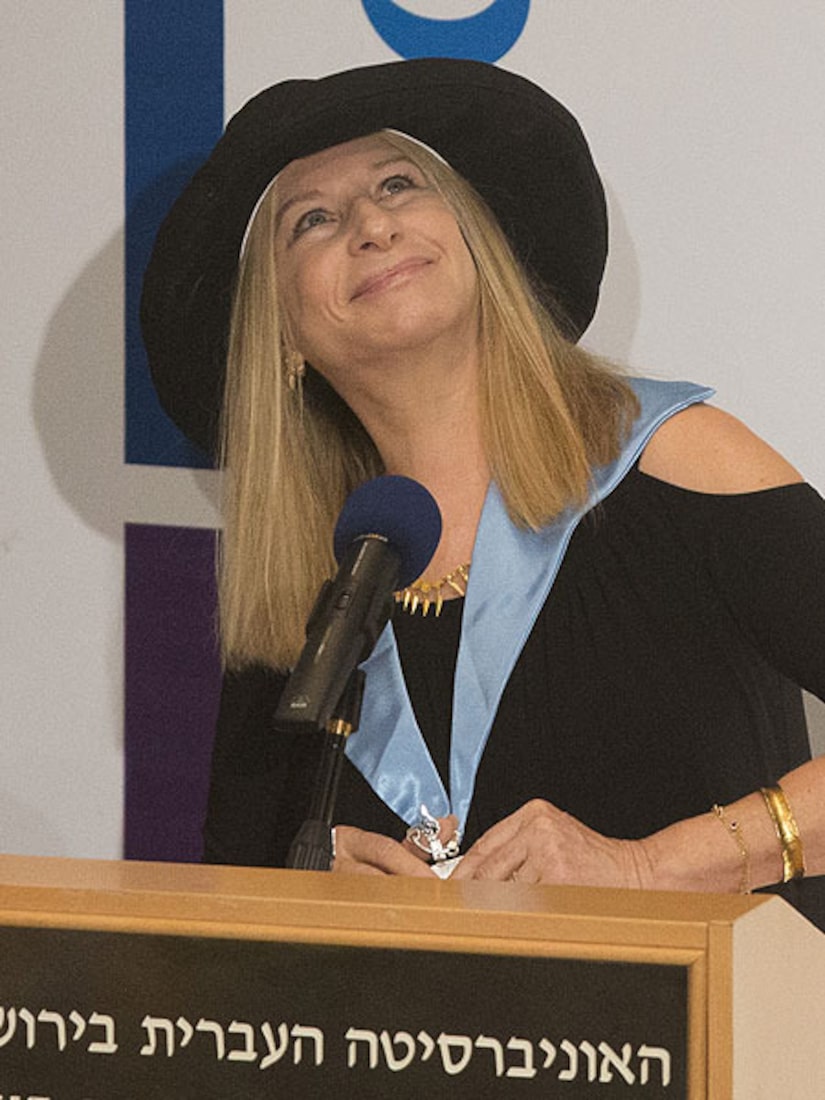 During the first major stop on her tour of Israel, singer/actress Barbra Streisand took aim at ultra-Orthodox Jews whose religious practices have targeted women.

Speaking at the Hebrew University of Jerusalem on Monday, she said, "It's distressing to read about women in Israel being forced to sit in the back of the bus or when we hear about 'Women of the Wall' having metal chairs thrown at them when they attempt to peacefully and legally pray."

According to CBS News, Streisand was referring to isolated incidents in which ultra-Orthodox men tried to force women traveling in their neighborhoods to sit in the rear of buses, along with objecting to women wearing prayer shawls and carrying Torah scrolls as they prayed at the Western Wall in Jerusalem, the holiest site where Jews can worship.

Israeli Justice Minister Tzipi Livni has introduced legislation making forced separation of men and women in public places like buses illegal, and a court has upheld the right of women to wear prayer shawls, along with a proposal has also been made to set aside a section of the Western Wall for mixed-gender prayers.

In her acceptance speech for an honorary Ph.D., Streisand also spoke at length of her admiration for Israel and the university, and in urging gender equality, she praised the university for graduating a record number of female Ph.D. students this year.

Streisand will attend the 90th birthday party of Israeli President Shimon Peres later in the week before appearing at her first-ever series of concerts in Israel on Thursday and Saturday.