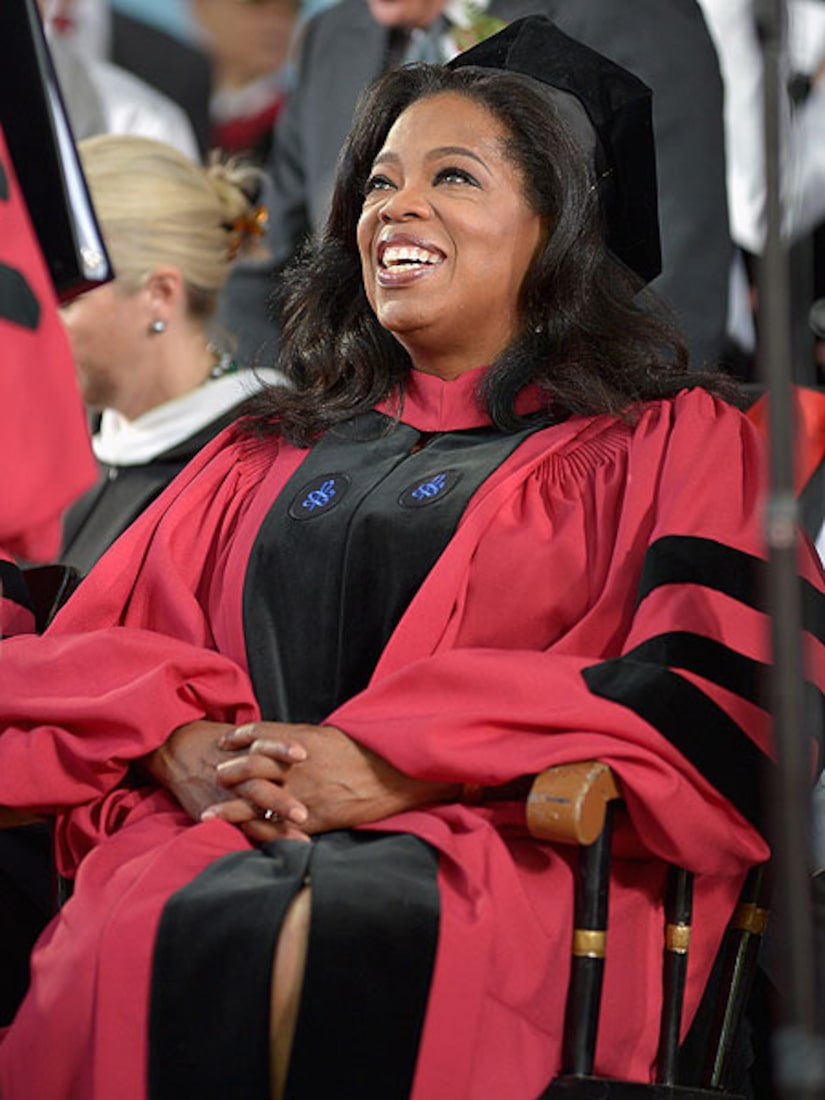 Talk show host, entrepreneur and philanthropist Oprah Winfrey put on a cap and gown on Thursday to receive an Honorary Doctor of Laws Degree from Harvard University, and then gave a commencement speech.

Winfrey, 59, told graduates they were bound to stumble, no matter how high they might rise, but that "there is no such thing as failure -- failure is just life trying to move us in another direction."

Oprah's OWN network is also seeing rating success with the new Tyler Perry show "The Haves and Have Nots," follows the complicated dynamic between the rich and powerful Cryer family and the hired help who work in their opulent mansion set in Savannah, Georgia. For more information, click here. Watch the show, Tuesdays on OWN!