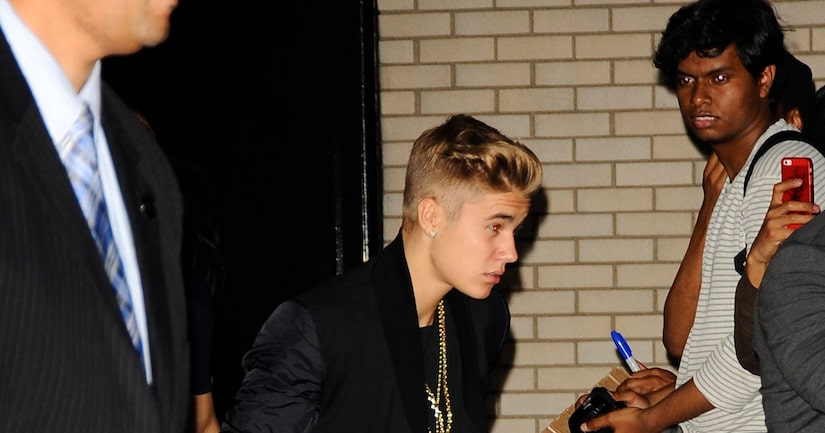 After attending the “After Earth” premiere in support of pal Jaden Smith, Biebs was spotted hitting NYC's hottest clubs.

“He partied at Marquee, went through the back door at 1Oak and then left and headed to Avenue,” a source told HollywoodLife.com. “At Avenue he went through a secret entrance. They picked up a couple girls along the way.”

The 19-year-old reportedly didn't get back to his hotel until 5:30 AM, and left an hour later for the airport.