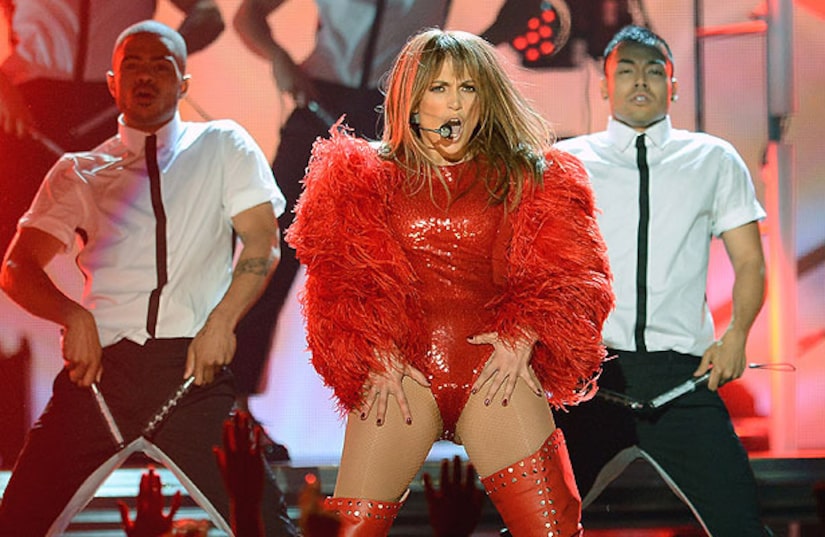 Many of the show's viewers were not too happy with J.Lo's high-cut leotard, boots and feathery-sleeved outfit, deeming it a little too racy for family viewing. Watch the performance here!

Jennifer wore a similar sexy outfit, in red, at the 2013 Billboard Music Awards in Las Vegas!

One viewer wrote on Twitter, “#BGT does #jenniferlopez realise its a family show - only thing missing was the pole - cover up your cheeks please!” But Simon Cowell was full of praise for the performance. “Seriously, J-Lo. If anyone wants to know how you do it. That's how you do it,' he said. “Seriously world class.”

Lopez is in London for the Sound for Change concert on Saturday, performing with Beyoncé and raising awareness for the Chime for Change charity.