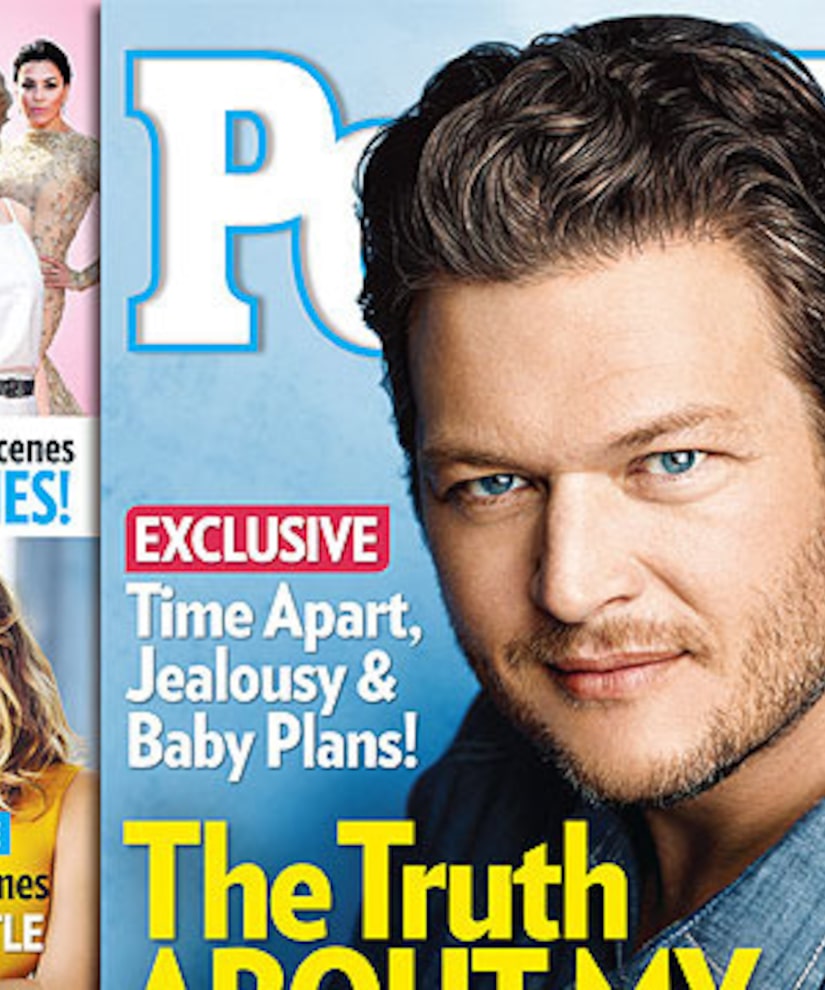 Country star Blake Shelton says he has “nothing to hide” from his wife of two years, Miranda Lambert.

“The Voice” mentor opened up to People magazine for their cover story, addressing rumors their relationship is in trouble.

Blake explained, "[I tell Miranda], 'I have nothing to hide from you,'” saying he allows Lambert access to his phone and computer anytime she wants it. "That's always been our policy: 'Here's my phone. Go through it.'”

"That's really the kind of trust we have," Shelton continued. "There are no secrets. [I'll say,] 'Go dig through my drawers or my computer if you feel like you need to.' And that's been a really good thing, because I don't want her to ever have any doubts."

The couple celebrated their 2-year anniversary on May 14. They'll appear together Wednesday night for the televised benefit “Healing in the Heartland” on NBC, which will raise money for victims of the tornado in Shelton's home state of Oklahoma.

For more on how Shelton and Lambert have kept their marriage strong, pick up a copy of this week's People, on newsstands nationwide Friday.