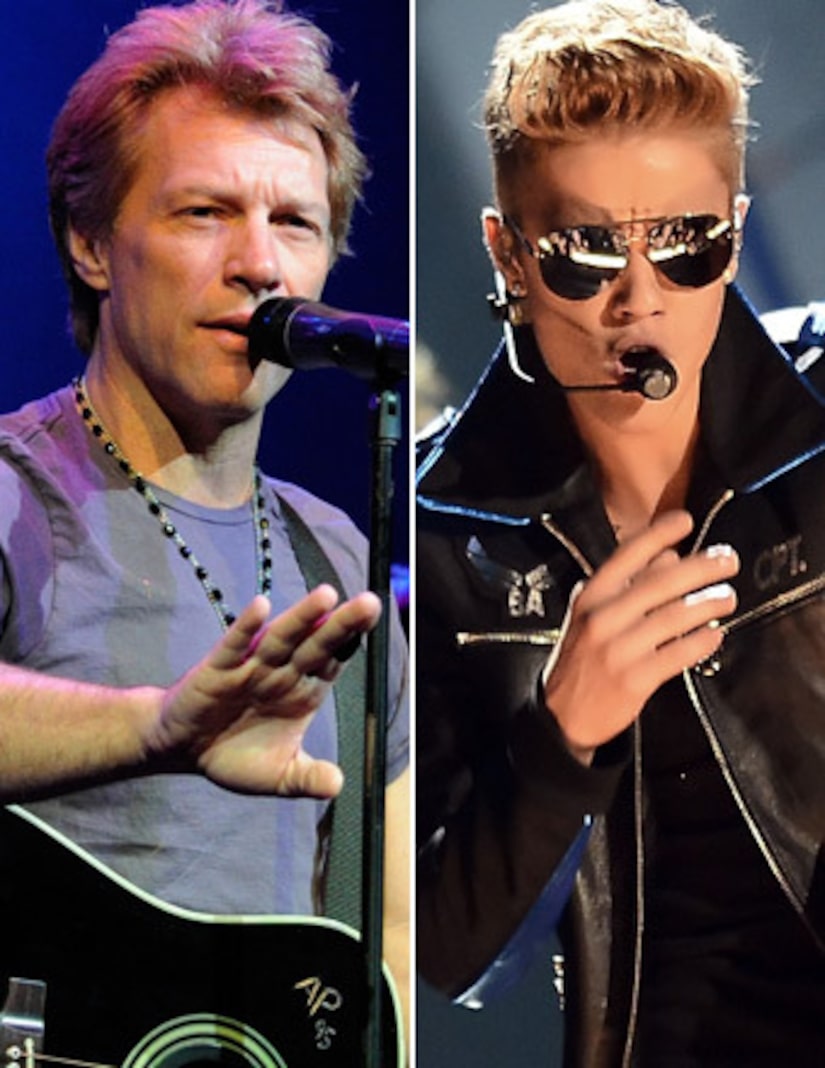 Rocker Jon Bon Jovi had some harsh words for Justin Bieber this week, slamming the 19-year-old in the press for showing up two hours late to a London show back in March.

The “Blaze of Glory” singer told the Biebs via the London Evening Standard, “It's really not cool – you're an a**hole. Go to f**kin' work!”

Apparently, the paper asked Bon Jovi his thoughts on Justin's late start and his excuse that it was due to “technical issues.”

The 51-year-old responded, "Every generation has guys that do that, none of that is new. They run the risk of disrespecting their audience members who have worked hard to pay for their ticket, to give you the permission to take two or three hours of their lives — or in that kid's case, 80 minutes of their lives."

Jon added, "Do it once, you can be forgiven. Do it enough times and shame on you. They won't have you back. Then it just becomes a cliché. It's really not cool — you're an a**hole. Go to f**kin' work!"

Bon Jovi spoke to the Evening Standard on the Vienna leg of his Because We Can tour. The artist is known for his live performances, sometimes playing for more than two and a half hours.