The haters were out in full force on Sunday night at the Billboard Music Awards, booing Justin Bieber as he accepted the fan-voted Milestone Award.

Defending himself against the non-Beliebers, he said, "I'm 19 years old. I think I'm doing a pretty good job."

The singer, who beat Taylor Swift and Bruno Mars for the win, handled the awkward situation the best he could, saying, "This is not a gimmick. I'm an artist, and I should be taken seriously. This other bull should not be spoken of," although what he was referring to was unclear. 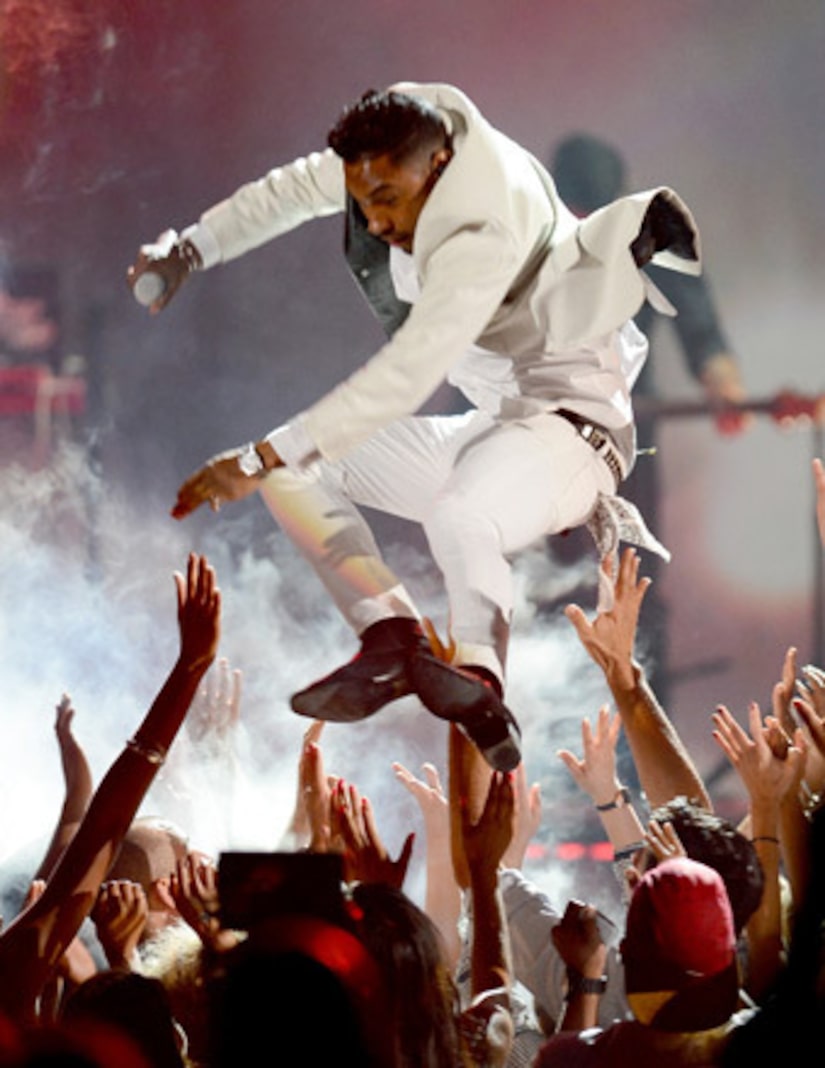 The Biebs wasn’t the only one having a bad night. Miguel suffered a major flub during his performance of “Adorn.” As he jumped from one platform to the other he fell short, landing on top of a fan! Watch the shocking video. The fan was uninjured.

Nicki Minaj faired better with her twerk-filled lap dance for Lil Wayne. The “American Idol” judge unleashed her raunchy moves to their song “High School.” Minaj even changed from her elegant red arrivals gown to a sexy ensemble of shredded leggings and a crop top.

Madonna also shocked onstage, accepting the Top Touring Artist Award in fishnets and lingerie! Miley Cyrus showed some skin in a crocheted jumpsuit with diamond cutouts, while Selena Gomez leg-bombed the red carpet in a sexy white dress with zipper detail down the front. Vote for your favorite look on our Facebook page! 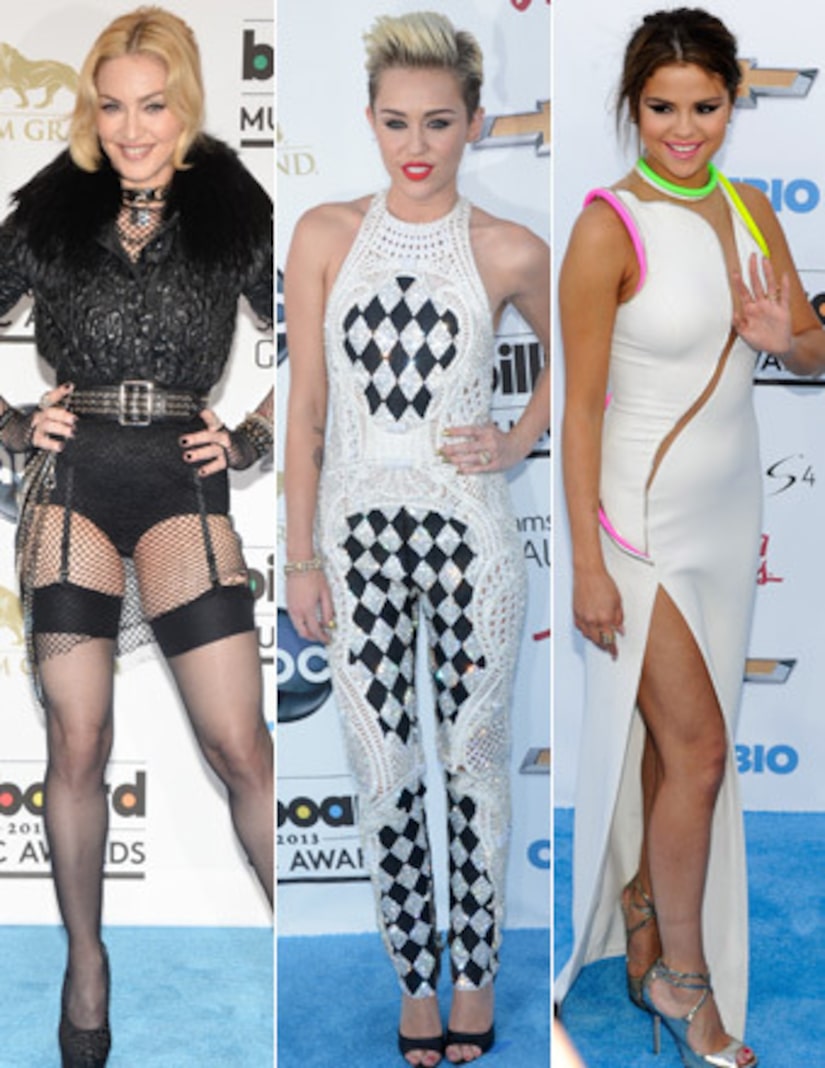 The Billboard Awards were especially good to top winner Taylor Swift who dominated eight categories, along with Rihanna and Gotye (with featured artist Kimbra) who went home with four each.