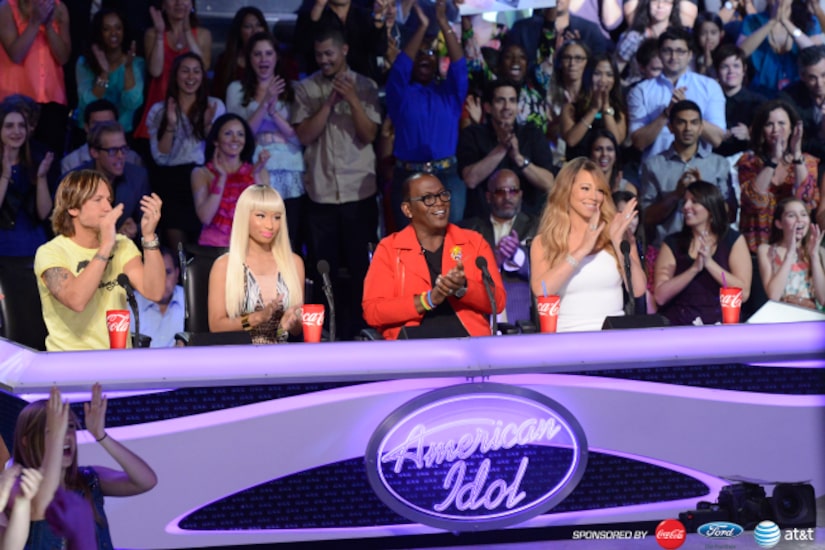 “American Idol” chose Candice Glover as its Season 12 champ on Thursday, but the real story is which of the ‘Idol’ judges are returning next season?

Longtime panelist Randy Jackson recently announced he was leaving the show after nine years, with reports saying Nicki Minaj will also exit to focus on her career.

That leaves Mariah Carey and Keith Urban, who have yet to confirm if they are in or out. Rumors are even circulating that former “Idol” judge Jennifer Lopez may return.

One thing is for certain… host Ryan Seacrest will be there. He told “Extra,” “I'm staying next season, yes. I'm hosting 100%.”

"Extra's" Terri Seymour talked with the "American Idol" contestants and judges at the Season 12 finale. Check it out!