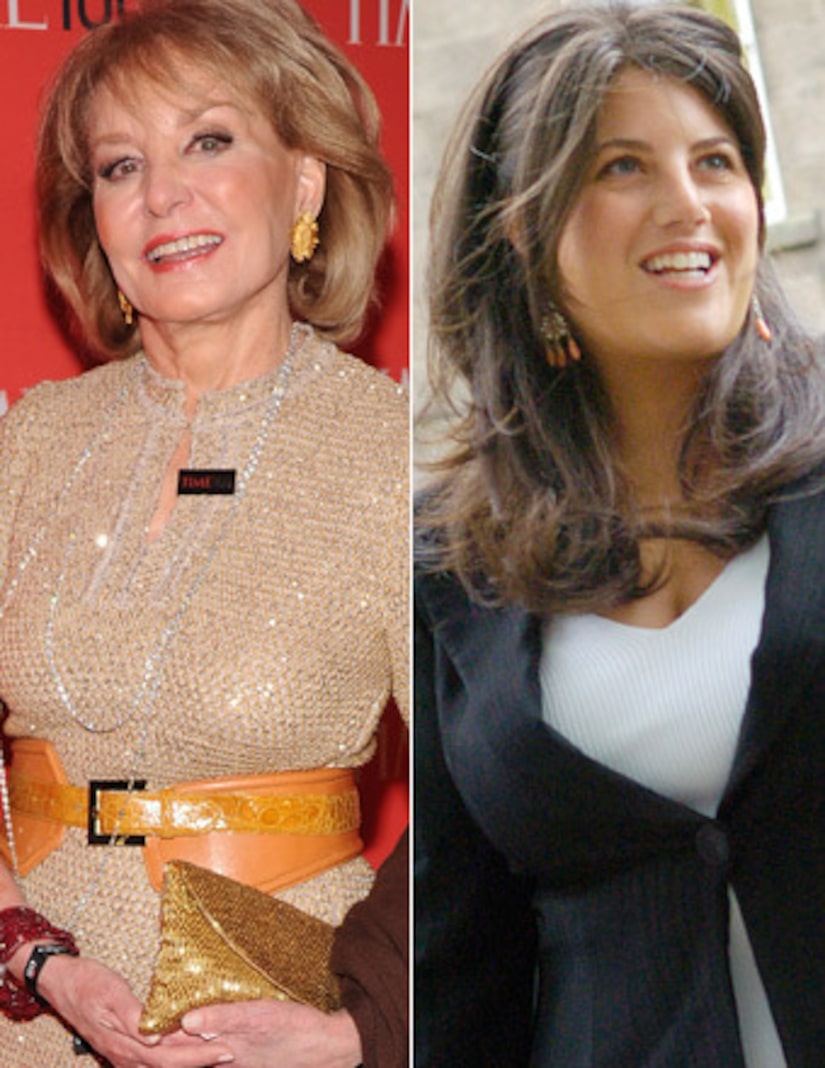 As veteran newswoman Barbara Walters looks to her retirement next summer, she already knows who she wants for her final interview… and it may surprise you. She’s looking for another sit-down with one of America’s most infamous mistresses, Monica Lewinsky.

Walters told “Extra’s” A.J. Calloway that she would like to once again interview Lewinsky, infamous for her affair with President Bill Clinton. “I wouldn’t mind if my last one was Monica Lewinsky… she hasn’t been seen and I think she is a good person. I wouldn’t mind doing an interview with her again.” Check out a “20/20” clip from their 1999 meeting below.

Also on Barbara’s list of dream interviews? “I would like to sit down with the Pope” and the “Queen of England,” she said.

Concerning her retirement, Walters added, “I'm perfectly healthy, this is my decision… I wanted to go while people said, 'Why now?' I did not want to stay until they said ‘Is she never going?’”