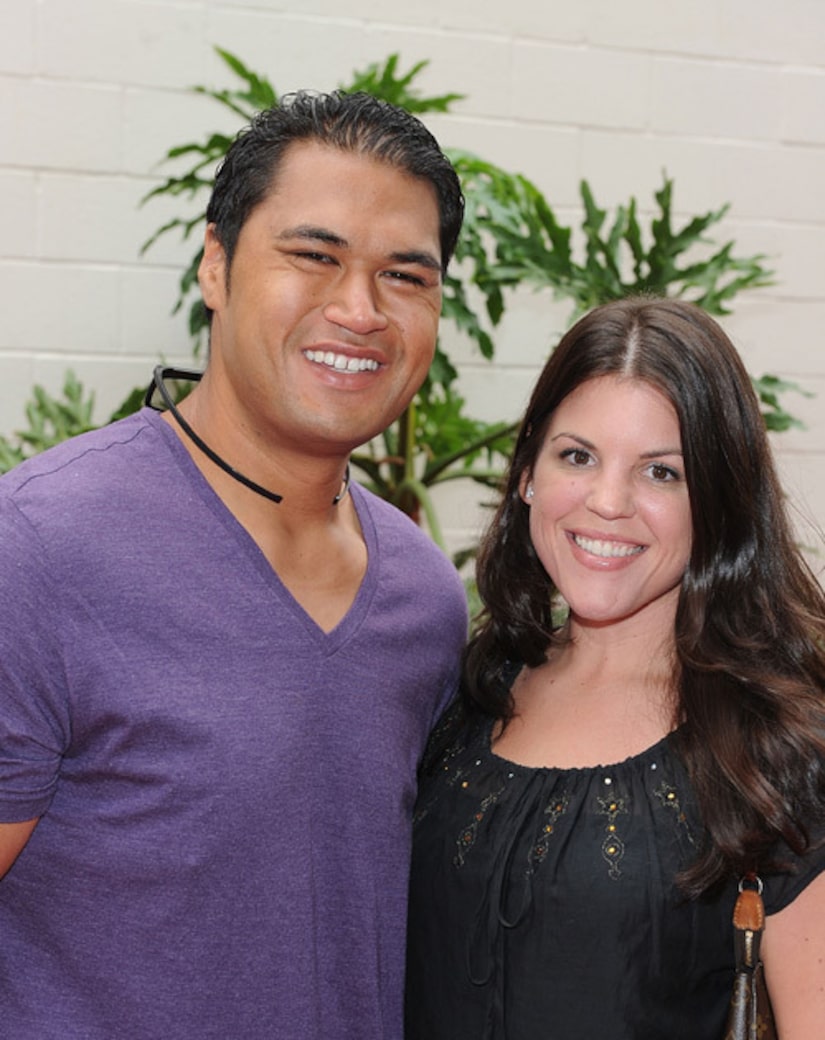 It has been a rough road for “Biggest Loser” contestants Sam Poueu and Stephanie Anderson and now, after just over a year of marriage, the couple is in the process of filing for divorce. Anderson is currently 7 months pregnant with their first child.

"It is with great sadness that my marriage to Sam Poueu is ending," Anderson told Us Weekly. "Thank you in advance for respecting our privacy during this difficult time."

'Biggest Loser' Winners: Where Are They Now?

The former lovebirds met on Season 9 of the hit weight loss show and collectively lost 241 pounds. Sam proposed to Stephanie on the “Biggest Loser” ranch in 2010, but the wedding was delayed after Poueu suffered a horrifying 54-foot fall from a friend's roof deck in 2011.

Eventually, they walked down the aisle in April 2012 and in January they announced they were expecting a baby.

"Just from the experience of her being my caretaker post-accident, it was a dead giveaway that she'd be a fantastic mother,” Poueu told the magazine at the time. "That was an early sign for me that our child is going to have the best mother ever."