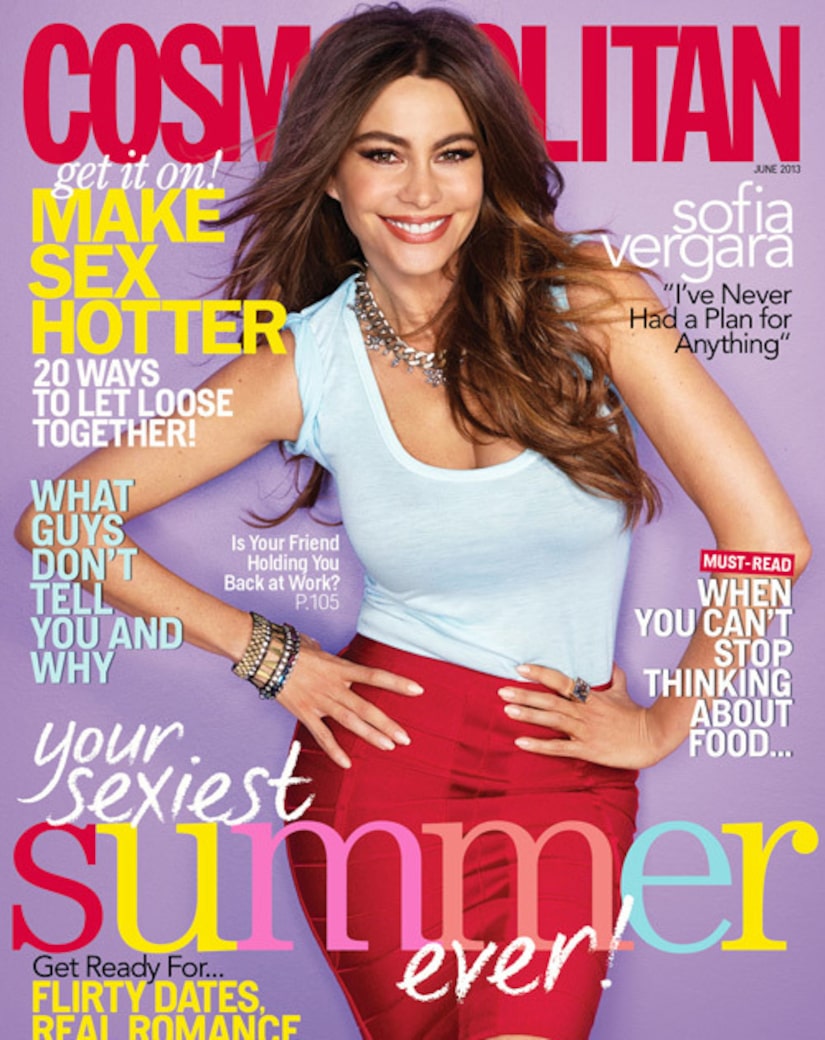 "Modern Family" star Sofia Vergara and fiancé Nick Loeb are ready to have a baby… sometime in the near future. The star isn't pregnant, but confirmed to Cosmo that she plans to hire a surrogate to carry the child.

The 40 year old has already taken steps to freeze her eggs, but there's no bun in the oven yet, despite rampant rumors.

“I will have to use a surrogate, because I had thyroid cancer and lots of radiation,” she said. “I don't want to wait forever, but not yet, because I'm working like an animal.”

Vergara, who is envied for her hourglass figure, also talked about her sexy side.

“No one can be a sex kitten every day, and anyone who tells you that is lying,” she said. “But I do wear negligees and Japanese silk robes.”

She added, “For a long time, I lived along with my son and only saw my boyfriends in a hotel. So at home, I slept in old tee shirts. I realized when I moved in with Nick that I couldn't do that. Now, I only keep nice pajamas around, because whatever is there, I'm going to wear.”

Pick up the June issue of Cosmopolitan on newsstands May 7.